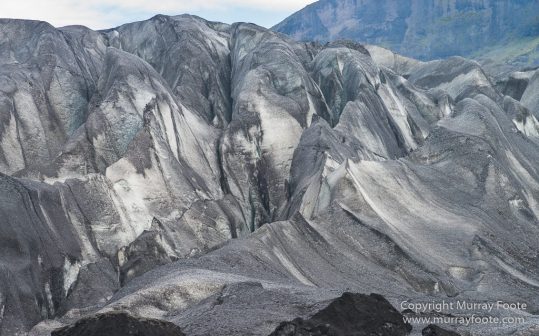 This is ice and in fact a glacier – Skaftafellsjökull.  As is the way with glaciers, it can pick up all sorts of debris and thus not look clean.  They also may not be level places to walk on. 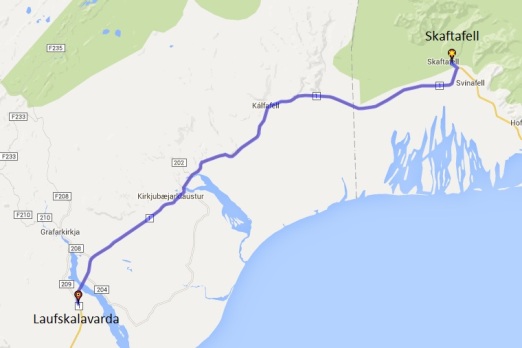 Much of this post is at Skaftafell, but towards the end there are images from the plains below the glaciers. 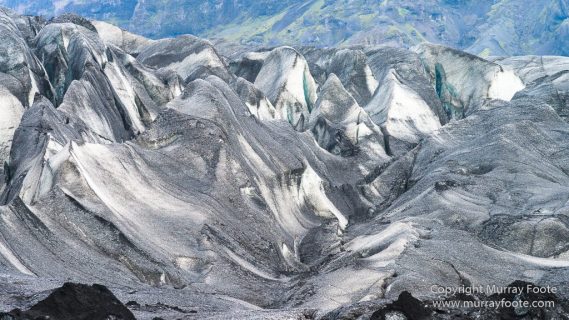 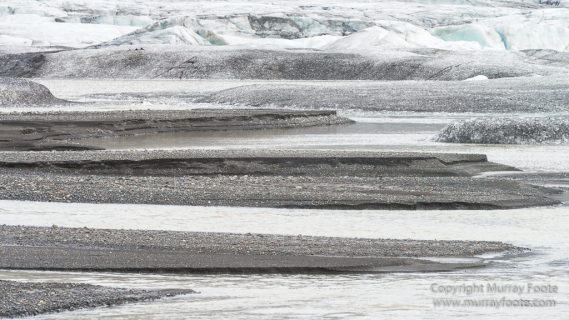 This looks to me like a woman in a skirt with her knees up and only her legs visible above the water.  She must be cold. 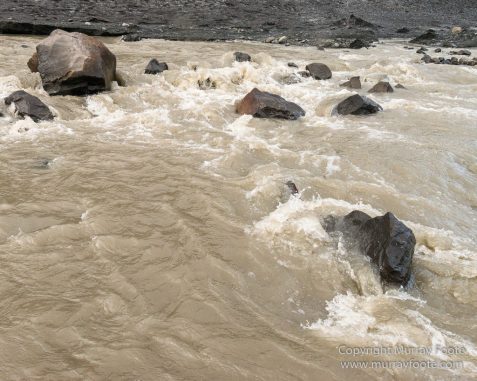 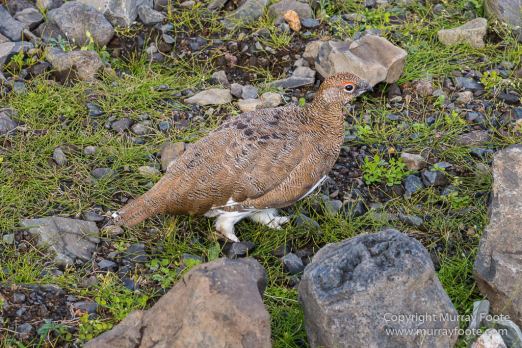 This is a rock ptarmigon, wandering around at my feet.  It would have been better to get down to ground level but I was carrying a pack at the time and by the time I got down he would have been gone. 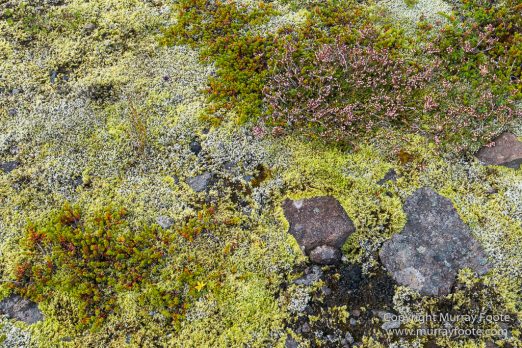 While it is an area on glaciers and grand landscapes, some of the things that caught my attention were the miniature landscapes on the ground. 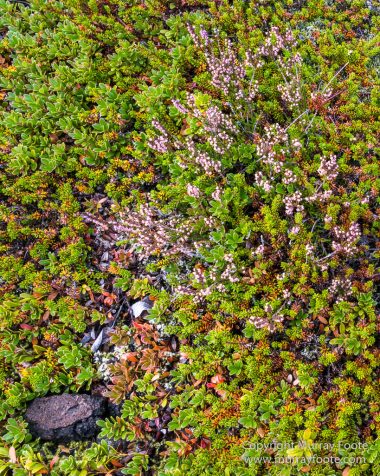 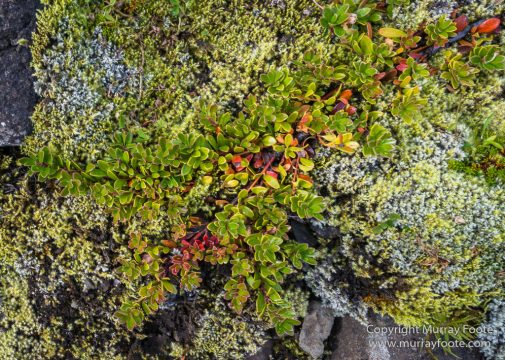 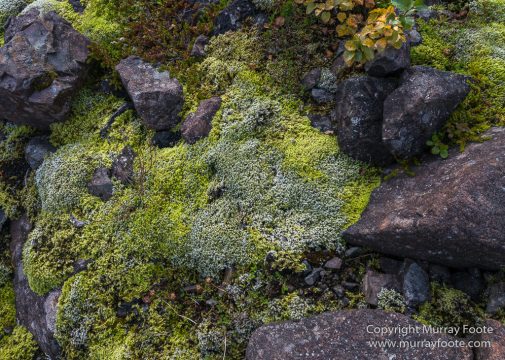 This is Skeiðarárjökull, much larger than Skaftafellsjökull, particularly known for its massive glacier outburst floods. 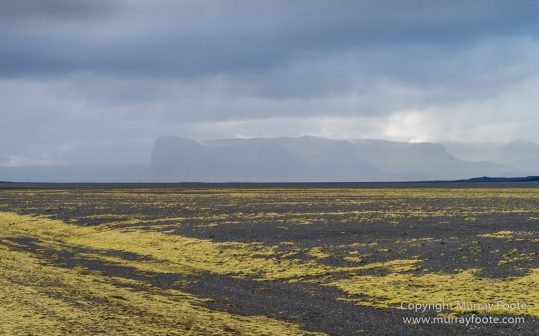 This and following images are from the side of the road, travelling west from Skaftafell.

Grass and moss on lava.

We are now at Laufskálavarða, as shown on the map.  This is on Mýrdalssandur, a vast plain below Mýrdalsjökull, Iceland’s fourth largest glacier.  Underneath Mýrdalsjökull is Katla, Iceland’s most active volcano, which makes for some interesting geological events.  It has had more than twenty eruptions since 894 and may be due to go up soonish.  If it erupts it is likely to be much larger than the Eyjafjallajökull eruption of 2010.  That volcano is very close and all three known eruptions have been followed by eruptions of Katla.

According to tradition, there was a large farm on or near this site that was destroyed in the 894 eruption.  A natural lava cairn was then named Laufskálavarða, or Laufskála cairn, in memory of the farm.  Since perhaps that time, there has been a tradition that travellers should leave a rock on a cairn or make a cairn.  This is said to bring good luck for the journey.  Hence all the cairns.