Before dawn at Boolcoomatta Station… 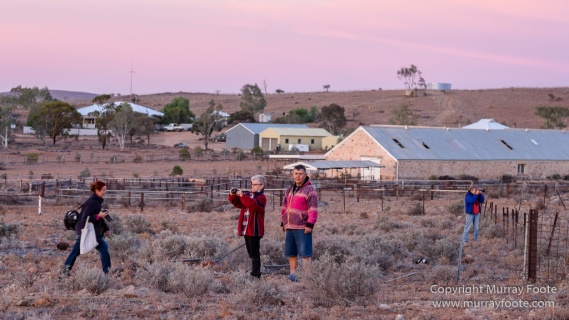 The light was coming up and here is the rest of our party and the station in the background.

(It’s alright but no Beatles in sight and it’s autumn, not winter or spring).

After dawn, we visited the old woolshed.  Probably obviously enough, this is where the shearing was done and the shorn sheep were dispatched outside through the sliding metal doors on the left wall.

Inside it was dark, apart from a few shafts of light and the open door at one end.   Spiderwebs in the light were harder to catch than one might think because the changing light meant patterns were quickly gone. 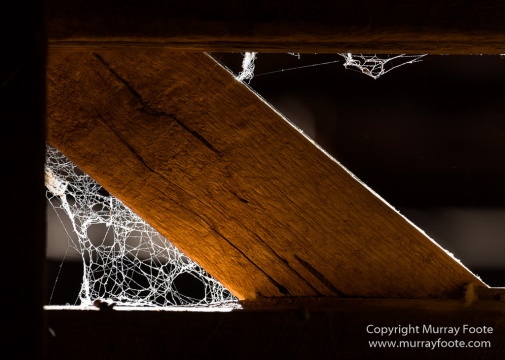 In a side room there were some interesting wheels.  Perhaps this is the wheel of an old motorcycle.

And this, apparently, is the wheel of Mawson’s truck.  There must be a further story behind that but I don’t know it. 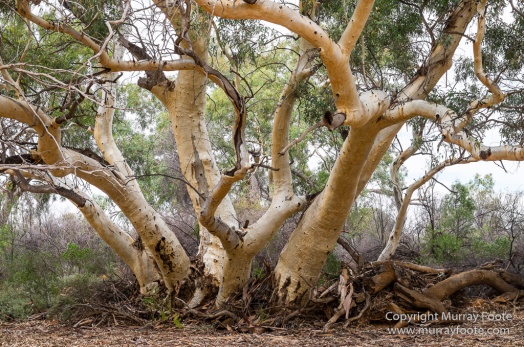 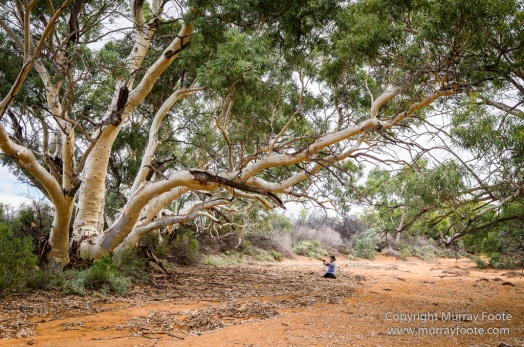 The Oonartra River was dry, as is usually the case, though historic photos with boats show that this may once have been different.  Magnificent river gums line the bank of the dry river.

Here is a tree with a tenacious hold on life, still alive notwithstanding losing most of its lower trunk.  The waterhole was close by.  I did not photograph it because it was dry, though there were places where kangaroos had been digging for water in the sand. 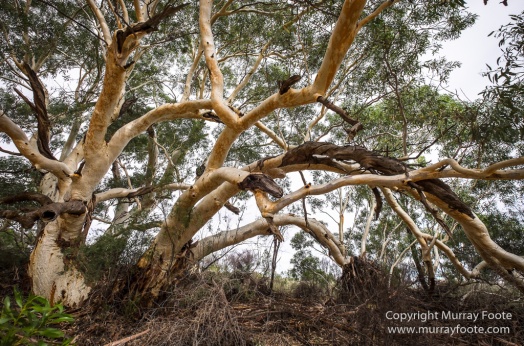 A tree growing parallel to the ground and only just above it. 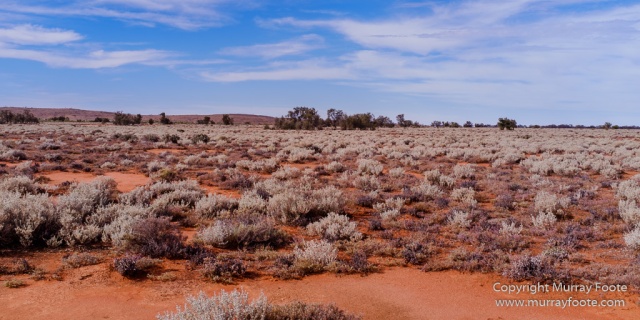 Salt bush country on the way back.

Much later we went somewhere north of the station for an evening meal under the stars, perhaps Mundi Mundi Lookout.  Sunset is approaching.

It appears as though lighter but this is now after dark by the light of about a half moon (which rose before sunset).   You can see a few planets or stars in the sky.  It’s a 30-second exposure.  Any more and they would be streaks.

Boris organised a kind of a fireworks display for us with burning steel wool.  You can see him in the centre.