We met for the workshop, all five of us, at a café in Broken Hill around noon.  After lunch we headed off over the border to South Australia.  We stopped briefly at what was once a schizophrenic pair of conjoined border towns but now a couple of buildings with hardly any inhabitants.  Soon after the border we turned right onto Mingary Road towards the Station but you had to know where it was to even know there was a road.

After a while, we stopped at a dramatic rock outcrop, including this one seemingly balanced on a few pebbles.

Beyond it the flat country stretched out endlessly to the horizon. 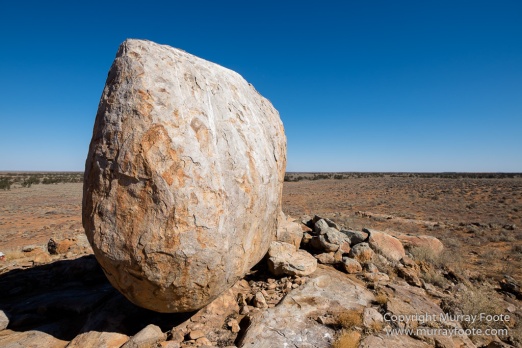 Just below the rocks I found this feather from a wedgetail eagle.  It is 53 cm long (or 21 in or for that matter over half a million microns).  It seemed to me unusual in shape and unlike a couple of other eagle feathers I have picked up over the years.  One edge is almost flat against the shaft and the feather looks aerodynamic when viewed edge on.  I suspect it is from the leading edge of the left wing.

I also amused myself with some patterns in the rocks. 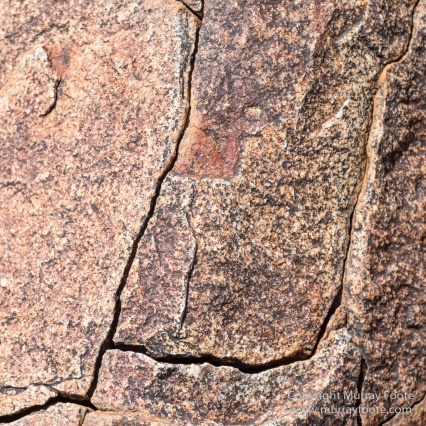 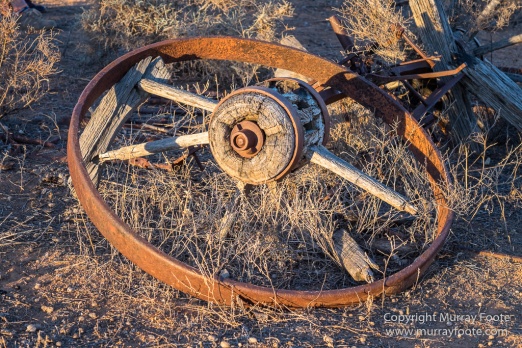 Somewhat later on we arrived at Boolcoomatta, which some time ago was a thriving sheep station.  There are still many interesting artifacts of its history lying around. 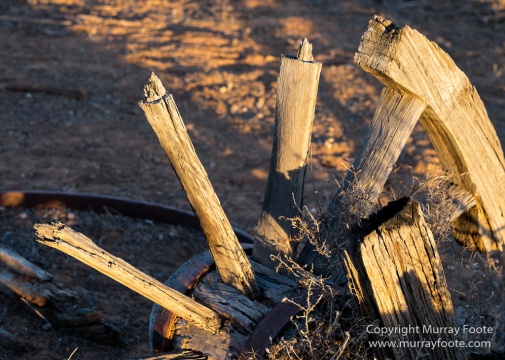 As the light grew low I found patterns in the trees and water around a large dam. 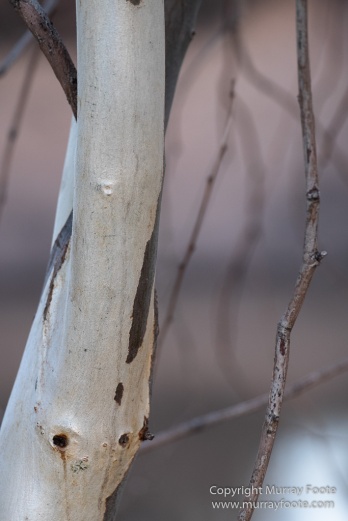 The sun has just gone down.

And now kangaroos come to the dam to drink. 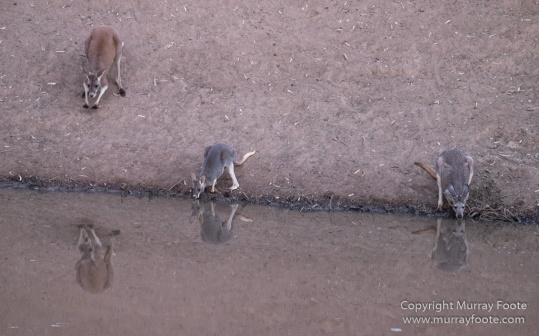 Mainly they are eastern greys although the one on the left is a red.  There was also a swamp wallaby but I’m not showing you an image of him (or her). 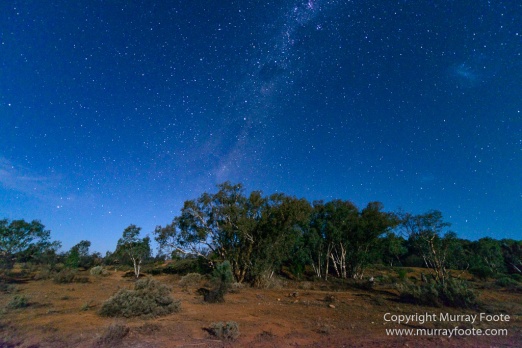 And finally, some of the trees on the edge of the dam with the Milky Way in the background.

(As always, you can click on an image to see it larger).

7 comments on “Arriving at Boolcoomatta Station”