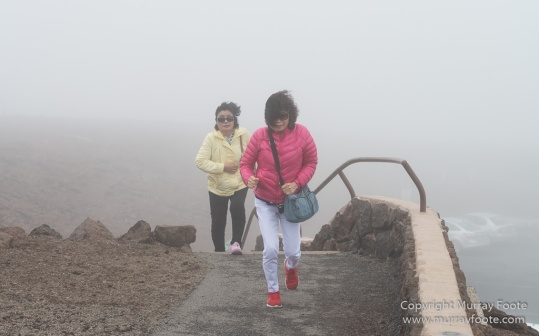 We had gone to the summit of Haleakala a couple of days before, arriving at 3am to ensure a close parking place.  However, there was a driving wind, it was very cold and there was a thick mist that dissuaded me from photography. The cold is not surprising because it is 10,000 feet or 3,000 metres high.

On the our last morning in Maui we tried again at about 10am and the conditions were much the same.  This time I thought I should at least photograph some of the people braving the elements to reach the observation hut. 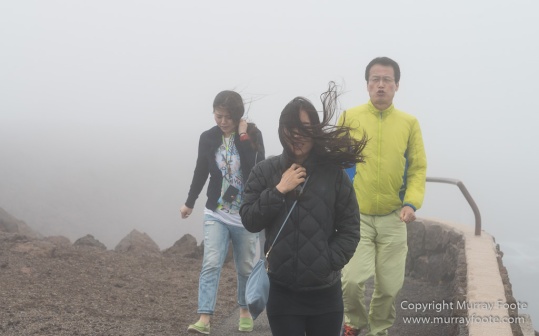 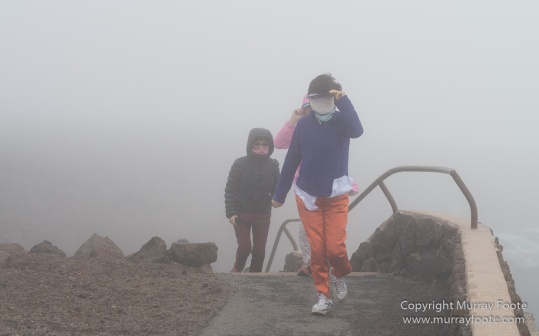 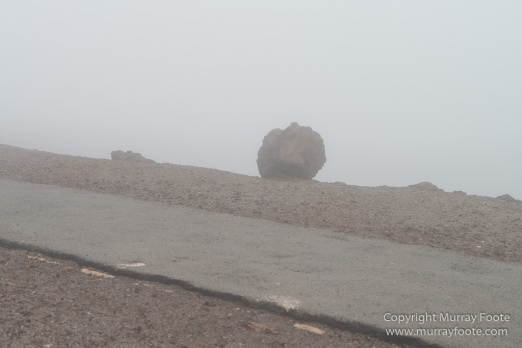 And since I was here, I thought I should take a photograph of the view.

There were also other things up there than the view.  These are ‘ahinahina or Haleakala Silversword.  This is a very rare plant specific to Haleakala that has previously been threatened by cattle, goats and the irresponsible behaviour of humans. 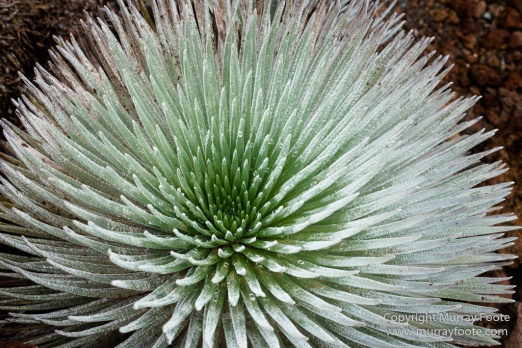 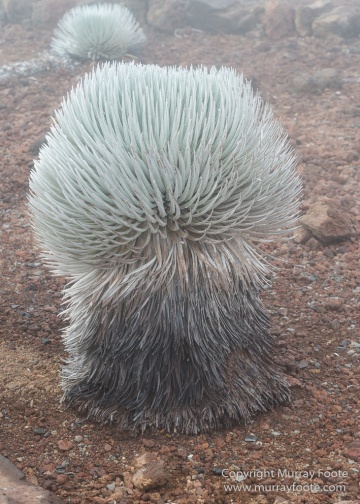 However, we did manage to get a view, through intermittent clouds, at the first lookout back down from the summit.

Later, on the flight back to Honolulu, we caught a glimpse of Lanai, a small, sparsely populated island. 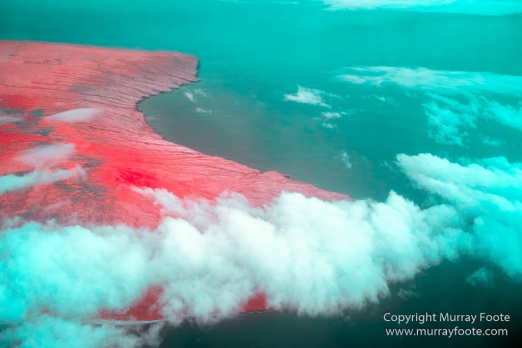 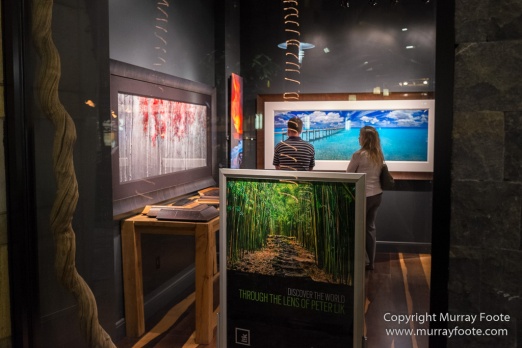 We spent that night at Waikiki, prior to our flight back to Australia the next morning.  I found this gallery of Peter Lik.  Peter Lik is an Australian photographer who achieved fame (or is it infamy?) for claiming to have sold a photograph for $US6,500,000 though there is no documentary proof of this and the buyer is unknown.

His prints are very large and detailed and technically well produced.  Some of them I found impressive, such as the tree panorama on the left that you can half see due to the acute angle.  The colours of that print did not appear to be realistic but the composition and colour design was so strong that this did not matter.  Others, such as one of Antelope Canyon, I found garish and overdone.  I find the same with Peter Eastaway, a prominent Australian photographer who to my taste often just takes colours and tonalities too far.

I have more sympathy with the late Tasmanian wilderness photographer Peter Dombrovskis, New Zealand landscape photographer Andris Apse and Australian photographer of Lake Eyre Murray Fredericks.  Perhaps it says something of my preferences that all of these three established their reputation as large format film photographers.

5 comments on “Haleakala and Away”