After Mehrangarh Fort, we visited Jaswant Thada.  It is in the Rao Jodha Desert Rock Park and close to the fort, the walls of which you can see on the horizon at the left.

Jaswant Thada is a white marble memorial built by Maharaja Sardar Singh in 1899 in memory of his father, Maharaja Jaswant Singh II.

There was a small bird with iridescent blue plumage feeding on the blossoms of a tree.  It is somewhat like an Australian Honeyeater but I don’t know what kind of bird it is. 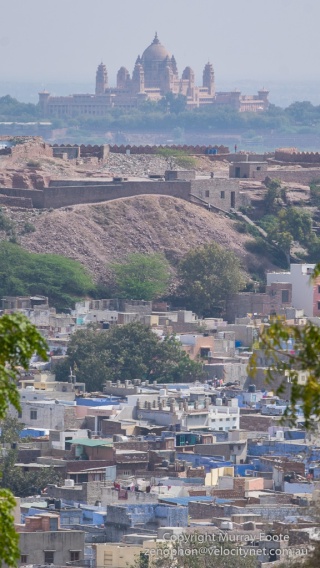 On the skyline is the Umaid Bhawan Palace, residence of the family of the Maharaja, built in the 1930s and finished in 1943.  Amongst other things it is a monument to incredible wealth but in 1948, Marwar became part of India and the Maharajas lost their taxation revenue.  The palace has 347 rooms and includes a hotel where you can stay for as little as $A400 per night, or if you feel like lashing out, $A1,725 per night for a grand royal bedroom suite. 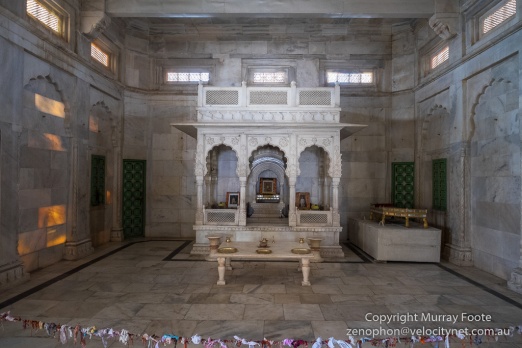 Back to Jaswant Thada, this is the shrine inside.

Bronwynne, a member of our party, on the left, had just been photographing this Indian family.

Later, on the way back to the hotel, we passed this demonstration.  Our driver was unable to say what they were demonstrating about. 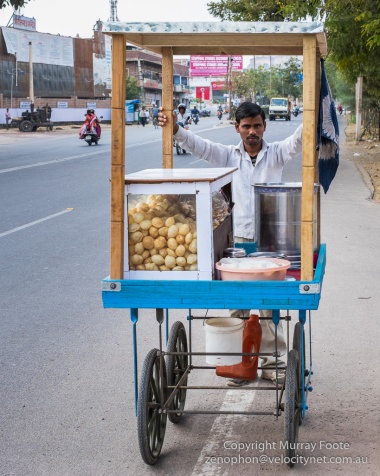 This street vendor obligingly stopped for a photograph. 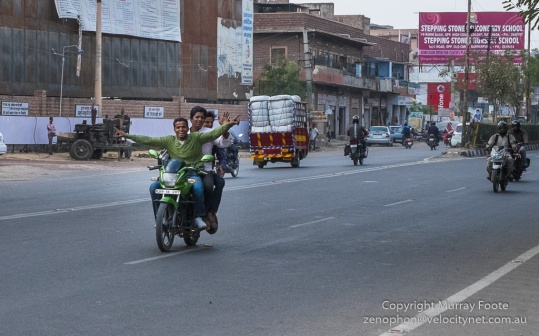 Goodbye from India!  This is an appropriate image to end on as well as being chronologically the last photograph.