Continuing on from the morning walk in the previous post, we left Vrindavan and headed off towards the country.  We walked past a dozen or so people washing and beating clothes in the open air as a commercial activity.  We were told they would not appreciate us taking photographs so I have none to show you.  However, here are the clothes lines as we walked past. 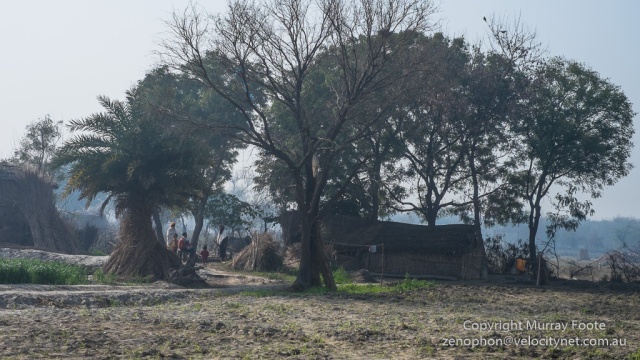 After a while we arrived at a small family settlement where we were to meet a snake charmer. 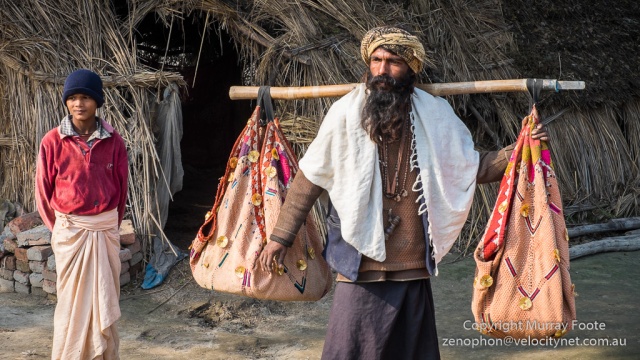 And here he is.

For those who are into the history of the Blues, his young assistant is playing the portable equivalent of a diddley bo.  In the southern US of yore, this was an instrument consisting of a wire stretched between two nails and could be on the side of a house, used by those too young to be able to afford a guitar.  Here the youngster has a guitar string (?) stretched between a stick and a tin can (under his arm). 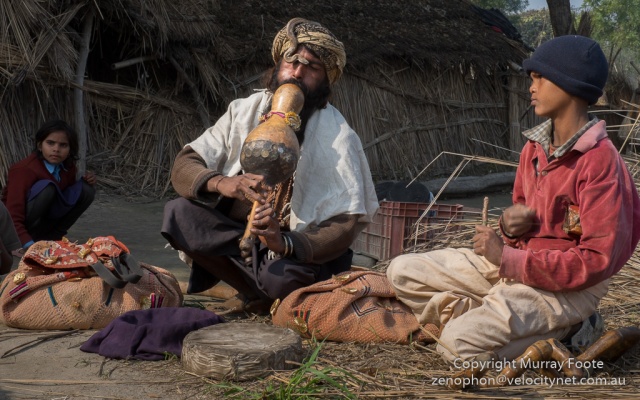 On the way back, these two people at a small farm settlement asked me to take their photo.

Here we are passing the washing again. 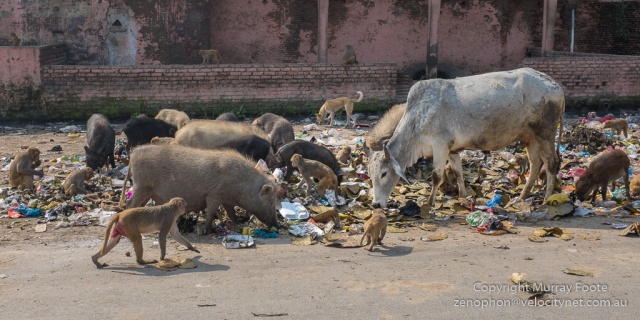 Back in the outskirts of Vrindavan, the municipal rubbish disposal workers are hard at work.

I had a picture of this gateway in the last post with the doors half closed and a group of children.  Walking past it again, here you can see how little remains inside.  Perhaps sacked by Aurangzeb’s forces, I don’t know. 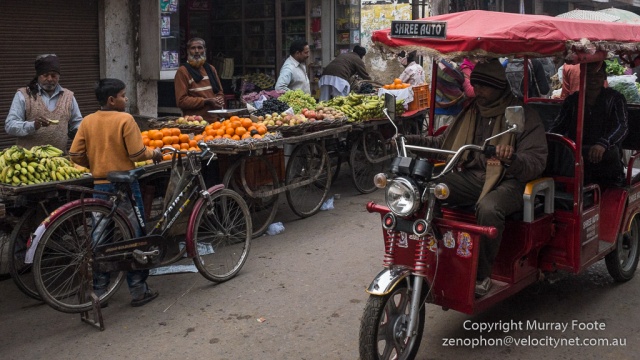 The next morning was the day we were to leave Vrindavan but the bus didn’t go until 1:00pm, so I went for a walk and found some fruit and vegetable markets. 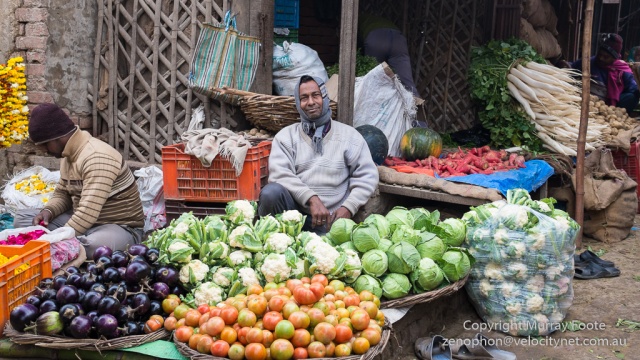 The monkeys are a hazard here.  One of their favourite tricks is to grab someones glasses and retreat to the roof.  People then have to throw food up to them so they let the glasses go.