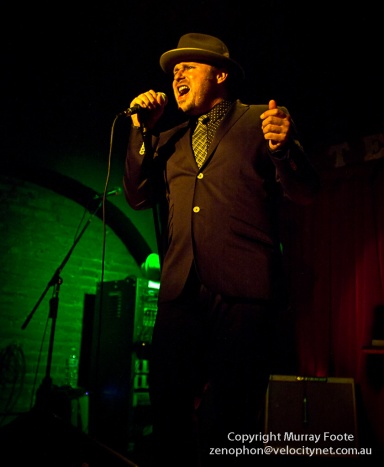 Most of the Blues musicians we saw in New York were old hands, having honed their craft over several decades.  John Nemeth, though is a relative newcomer.  (Web site; Tracks on MySpace)

I might have been able to identify the other members of the band from the CDs I bought but the liner notes of the more recent one are cemented together due to a leak of rainwater into the house from an overflowing gutter.  The CDs survived OK though.

John is evidently not the only one in the band who wears a hat.

This is John Nemeth, also in the first image and the following ones. 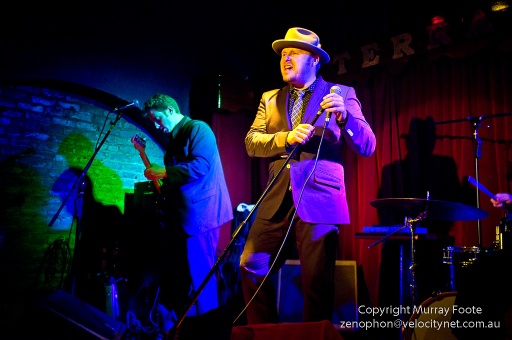 He has been “on the scene” since about 2002.  He is an accomplished singer, sometimes more in the style of Soul than Blues, insofar as there is a dividing line.  The music is definitely Blues rather than Soul, though. 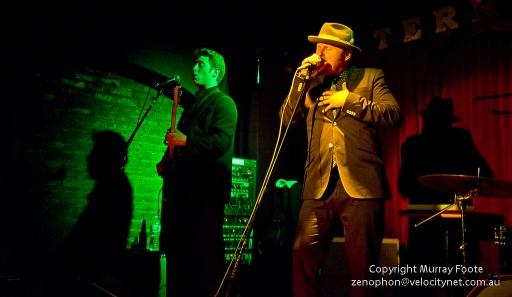 Testament to his vocal ability is that he has played with the seminal Texas Rhythm & Blues band Anson Funderburg and the Rockets, filling in for the wonderful blind vocalist and harmonica player Sam Myers, who sadly died in 2006.  I was fortunate enough to see Anson Funderburg and the Rockets playing with Sam Myers at the Narooma Blues Festival, probably in 2004 or 2005, but that was before I became Photographer for the festival so I can’t show you any images of that. 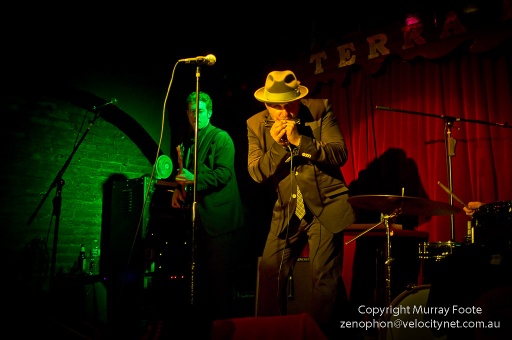 A most enjoyable night of very smooth Blues at Terra Blues.