From Kitakamakura, we took a couple of trains through Kamakura to Hase, heading for the Hase-Dera Temple.  Here are a couple of the colourful roadside shops in Hase. 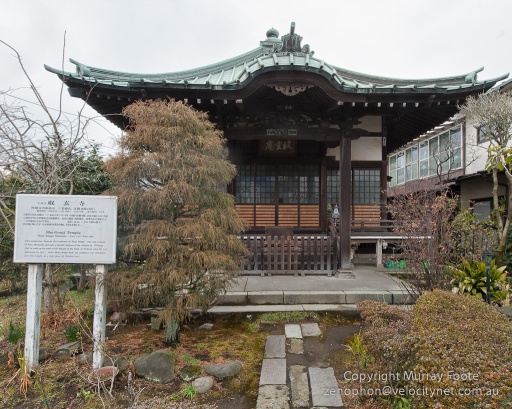 Here is a curious historical footnote, just at the side of the road, as explained in the noticeboard.  In the late thirteenth century, this was the residence of Yorimoto Shiro Kingo who was a follower of Nichiren Buddhism, a branch of the Jodo or Pure Land sect remarkable for its contemptuous attitude to other Buddhist sects.  Shiro Kingo decided to commit suicide (presumably Seppuko) after the suppression of Nichiren (the founder of the sect) by authorities in 1271.  After his death his residence was converted into a temple.  What makes this chronology hard to follow is that Nichiren died in 1282 and Shiro Kingo died in 1296 at the age of 72.  It seems a bit strange to decide to commit suicide and then carry it out 25 years later. 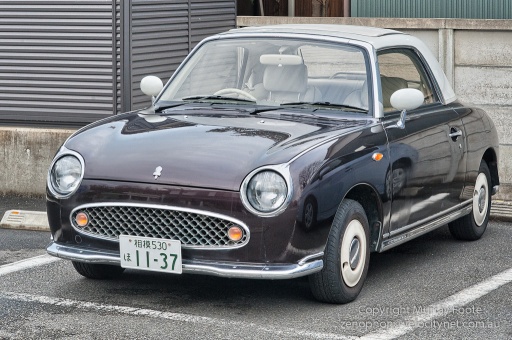 Parked near the gate of the temple I found a rather cute retro coupé of a marque I could not identify. 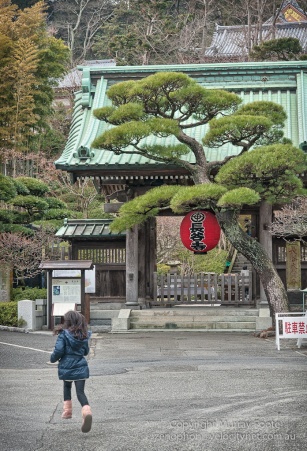 While this is the Sanmon or main temple gate, you don’t actually pass through it to enter.

Hasedera dates from 736 and was originally a temple of the Tendai sect of Buddhism but later became a temple of the Jodo or Pure Land sect, a sect founded in 1175 just before Zen arrived in Japan in 1191.   The two halls above are part of the temple complex, though actually outside the main gate. 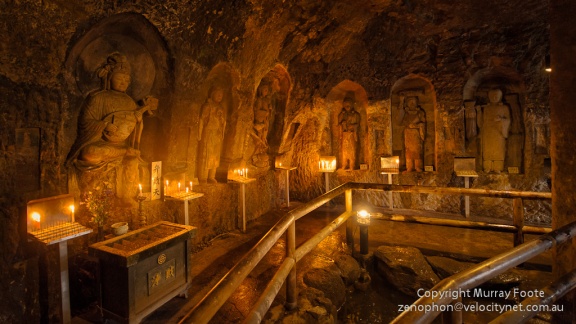 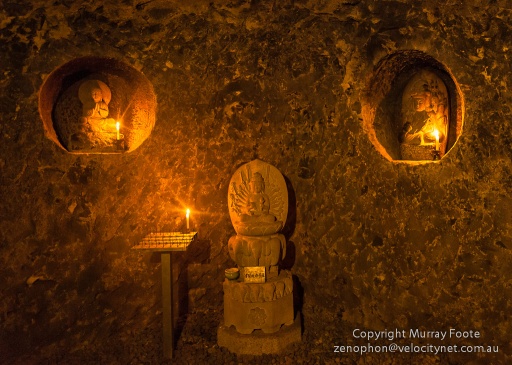 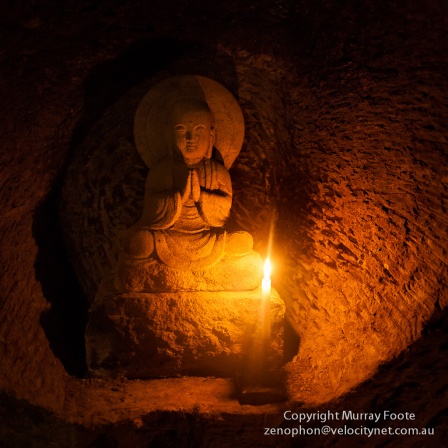 Above, in the Benten-kutsu (cave) are many stone statues devoted to Benzaiten, a Boatsu known as the Sea-Goddess, also goddess of knowledge, art and beauty and especially music.

A waterfall and external roots in the garden of the temple.

A particularly poignant assemblage.  These are statues of Jizo, a Boatsu (Bodhisattva) who is the guardian of children.  The statues represent the souls of the stillborn, miscarried or aborted.  Each statue represents a specific child and they only remain in place for a year before giving way to another.

This is the main hall of the temple.  According to legend, a monk called Tokudo carved two huge statues of Kannon (goddess of mercy) out of camphor wood in 721.  One became the basis of the Hase-dera Temple in Nara; the other he cast adrift in the sea so it could find a propitious location.  It came ashore in Kamakura in 736 and led to the founding of the Hase-dera Temple here.  This statue was gilded in 1342 and displays in the Kannon-do Hall, though photography is not permitted there. 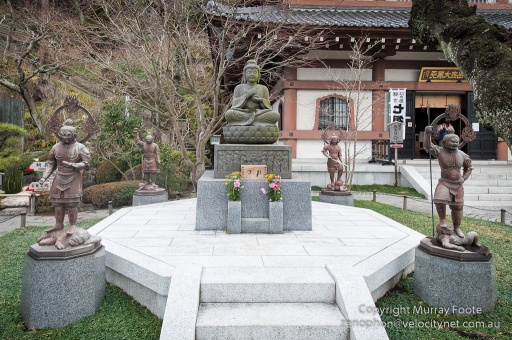 They are contemplating a statue of the feet of Buddha, from memory

A boatsu on a lotus leaf.  Indian influence perhaps? 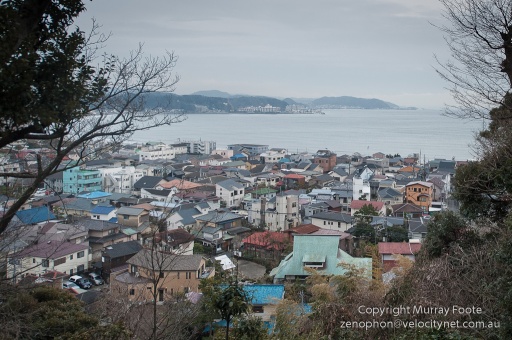 View of Hase (part of Kamakura) from Hase-dera grounds