The bus dropped us off at the entrance of the Jigokudani Monkey Park.  I had just come from Tokyo with twelve other people.  This was the start of a wildlife and landscape tour of Nagano and North-Eastern Hokkaido with Martin Bailey, with whom I had voyaged in Antarctica. 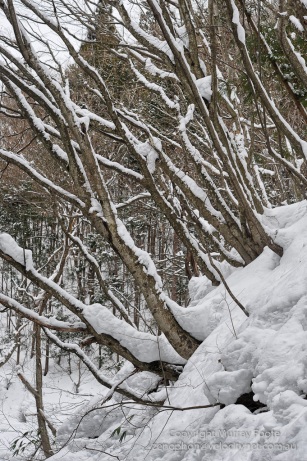 View from the track

From the park entrance, we still had a walk in of over a kilometre. 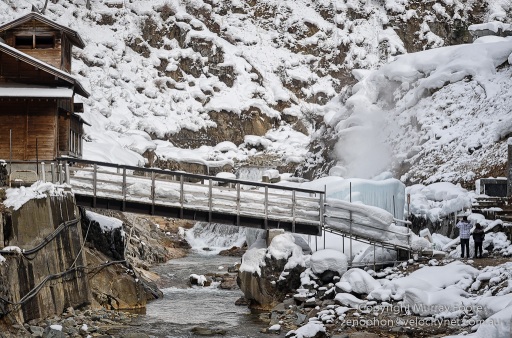 Jigokudani is a thermal valley.  It has a resort (or ryokan) with a thermal vent on the other side of the stream.  I would think that the tracks you can see on the right are monkey tracks.

The sign probably says “If you are lost, ask the monkey”.

I’m somewhat less than an expert in Japanese writing though I can understand the Roman numerals.  I think the sign is saying “this is a thermal region and this is how the geology works”.

Chinese writing was originally an adaption of cuneiform from the Persian Empire, before the time of Alexander the Great.  It came to Japan around 400AD but ultimately proved problematic because the Japanese language is not related to the Chinese and the characters have no connection to the spoken word.  A Chinese friend once told me that to be literate in Chinese you need to know about 10,000 characters.  The Japanese have retained 2,000 simplified Chinese characters (kanji) and have supplemented them with two different syllabic systems, katakana and hirogana.  While it is possible to write entirely in katakana or hirogana, Japanese usually use the three systems in conjunction.  Although there can be ambiguity in written expression, there is no current likelihood of this system changing.

On the other side of the track, there were some monkeys eating snow.  Perhaps the mineral content of the hot springs flowing into the river makes the snow the best tasting source of water.

A young one who had been playing games with his friends, but they were too quick for me to catch the action. 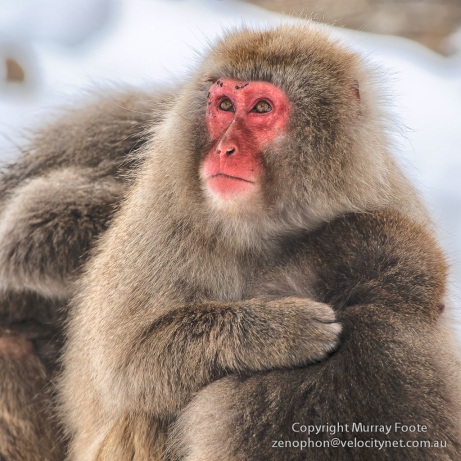 The preceding images were of the trek in, in the morning.  Images of the monkeys in and around the pool during the afternoon will follow in the next post.  The following images are from the trek out at the end of the day. 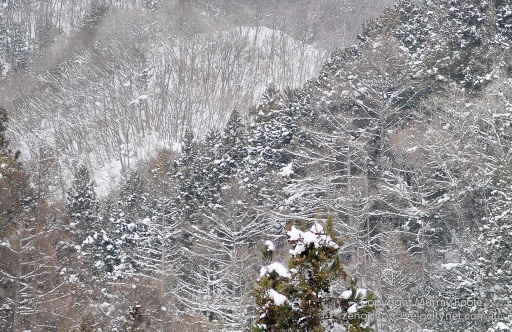 4 comments on “13th February: Nagano – Walking in to the Snow Monkeys”