This is before dawn at Estancia Mirador del Paine. The building in the middle is where some of the workers live and smoke is starting to rise from the chimney. 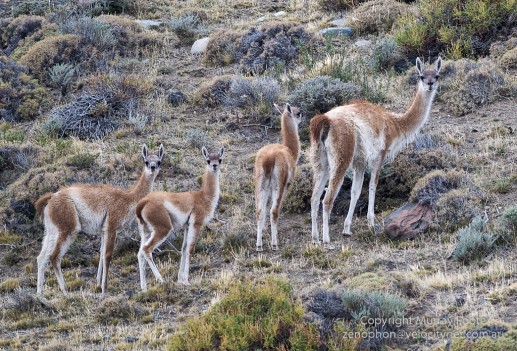 Later on in the morning, we set off for Torres del Paine National Park. On the way back along the side road, we tried stalking some guanaco but didn’t get very close. 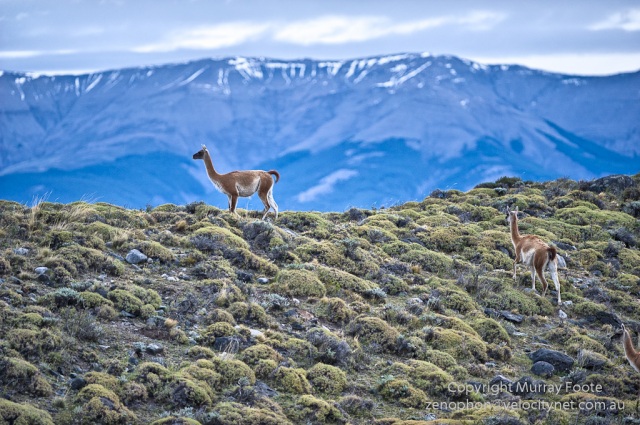 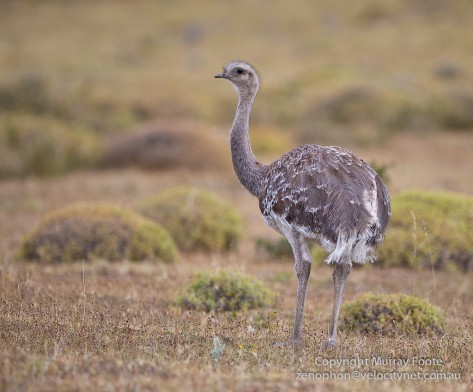 We also saw some rhea. This one was taken out of the car window (a perk of being the passenger at the time). 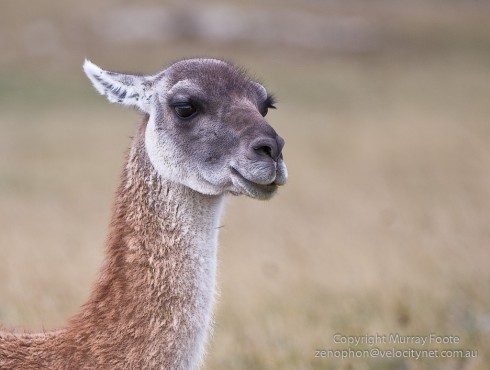 When we got closer or into the national park, the wildlife were less and less concerned by us and some guanaco simply ignored our car passing very close to them. I was also able to slowly walk up quite close to some. 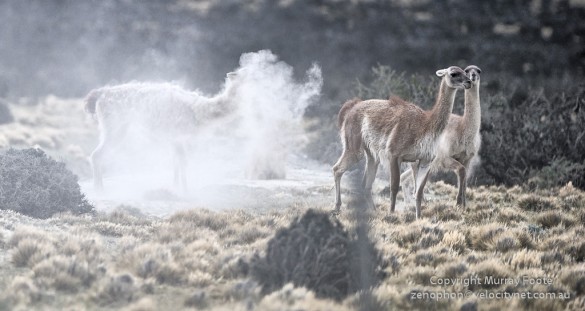 We passed by some having a salt bath (though they didn’t hang around long). 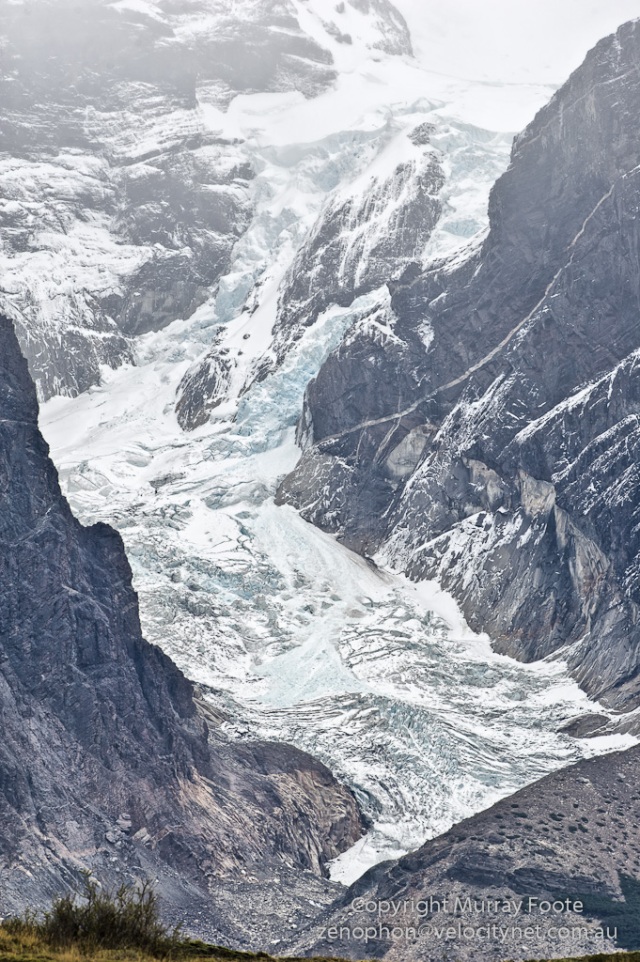 Google maps location (green arrow, applies to both images, which were taken looking in opposite directions).

Round this time Greg, who was driving, found that there was less and less clutch available. When we finally got to Hosteria Lago Grey, our destination for the night, we discovered that we were almost out of clutch fluid and also that the new battery from El Calafate was floating around unsecured. Fortunately the hosteria had a couple of mechanics (there for the tourist buses) who were able to supply some brake fluid and secure the battery.