Click on any image to see it larger (If you are on a PC at least). 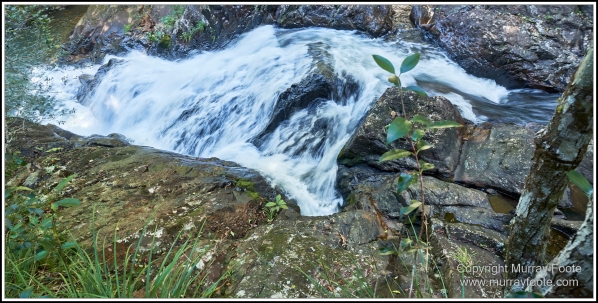 In our third full day in Atherton Tablelands, we first headed off to Mount Hypipamee National Park.  Here we are walking the Dinner Falls circuit.

Next we walked on to the Mount Hypipamee Crater.

This is of course a volcanic crater. 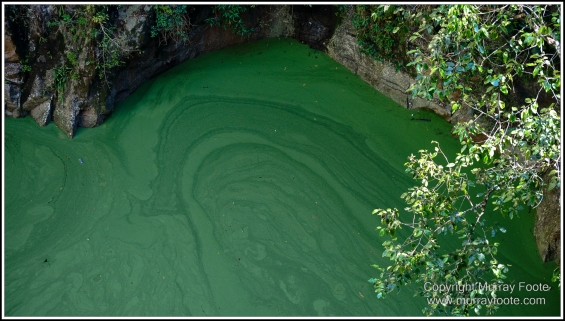 From the viewing platform, there is a drop of 130 metres to the lake which is then a further 73 metres deep.  It’s a long way down.

I was intrigued by the patterns on the surface of the lake.

These are partly natural and partly created by people who frequently throw rocks down into the lake.  (Personally, I’d prefer it just to be natural).

After that, I decided to head off to Zillie Falls again.  I had carelessly exposed my images there at high ISO the previous day so thought to try again.  This image is from a viewpoint on the way. 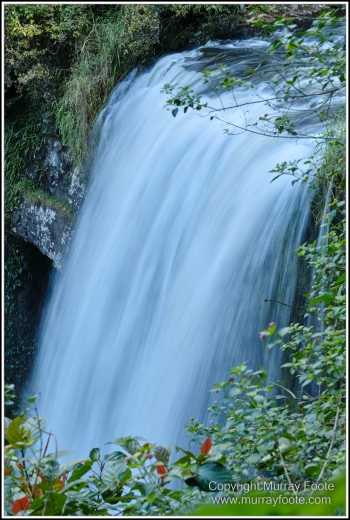 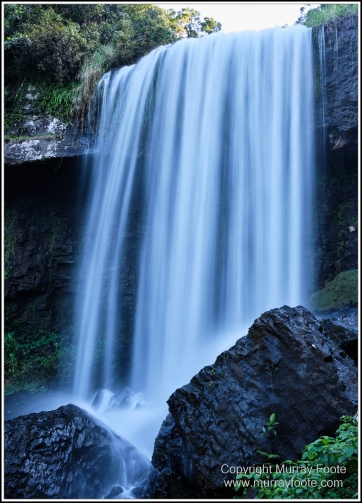 In the late afternoon I was shooting into the light and I didn’t bracket enough, so there is no detail in the sky.

I decided to head back via the bird hide at Hastie’s Swamp.   That meant a long trip on the back roads, late in the afternoon.  I can’t show you much of what we saw because often the light was fleeting and the narrow winding roads often meant nowhere to pull over.

At Hastie’s Swamp I took some more photographs of the plumed whistling-ducks in challenging low light conditions of the late afternoon. 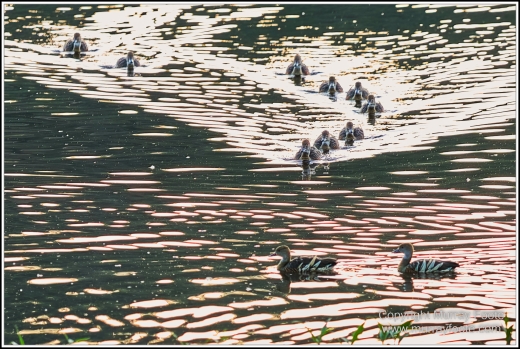 This is the opposite shore, which about 200 metres away. 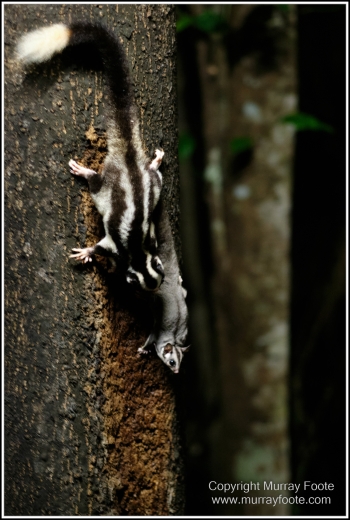 Back with the night life where we were staying, the sugar gliders were there initially but when one or two much larger striped possums turned up, they made themselves scarce. 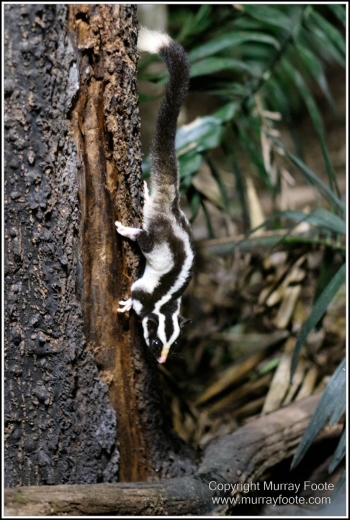 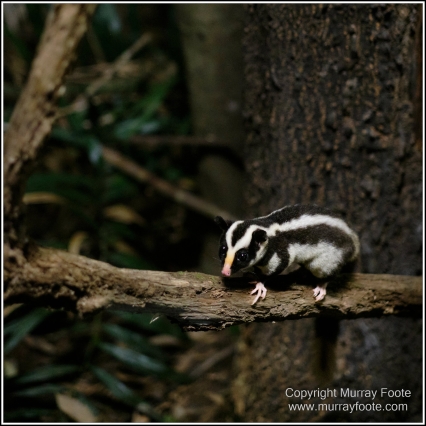 Here you can see the elongated fourth finger with a long hooked nail that it uses to extract insects and caterpillars from bark and cracks.  In this it is similar to the very weird Aye-Aye from Madagascar.  They are not related though.  The Aye-Aye is a lemur and a very primitive primate whereas the striped possum is a marsupial found mainly in New Guinea and West Irian but also in coastal North Queensland. 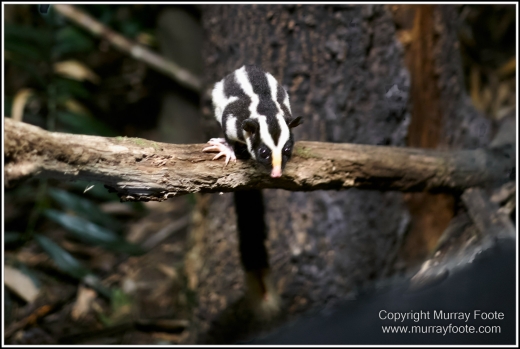 5 comments on “Waterfalls and Striped Possums”