From Cooper Bay, we continued on towards Drygalski Fjord, near the southernmost point of South Georgia.  The clear weather of Cooper Bay continued, at least for a while.

I thought we turned back from Drygaslski Fjord because of weather conditions but other accounts indicate we decided to study some icebergs instead.  In any event, we turned around and returned along the north-east coast the way we had come.  You might think it would be desirable to circumnavigate the island but the south-west coast offers no protection for the ship from the frequent storms so in the interests of safety we did not venture that way. 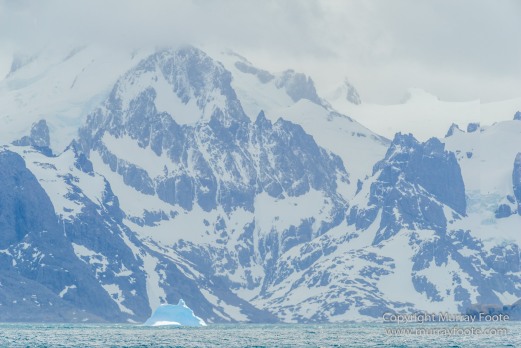 Visibility was starting to decrease.

The majestic mountains of South Georgia are retreating into the mist and fog.

The varied shapes of several icebergs provide a contrast with the murky mountain background.

Not a place out there where you’re likely to meet many people. 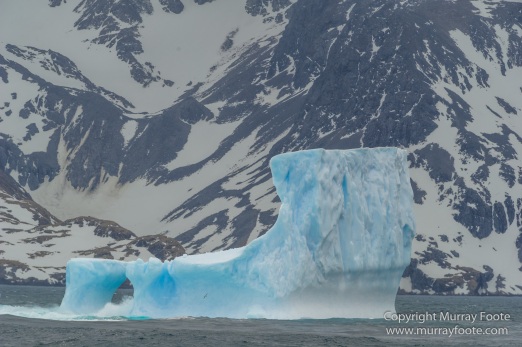 Our first glimpse of part of the Acropolis Iceberg.  I’ll explain why I call it that soon.

Another iceberg nearby.  These are all massive blocks of ice.

Long and low and in front of the coast.  Most of it is of course under water.

I’ll name this one soon for its appearance from another angle.

Back with the Acropolis iceberg.  It is late afternoon, nearing sunset.

This is why I call it the Acropolis iceberg.  the face of the big foreground block is like a frieze from the Parthenon.  Carved by penguins perhaps.  Click on the image to see greater detail. 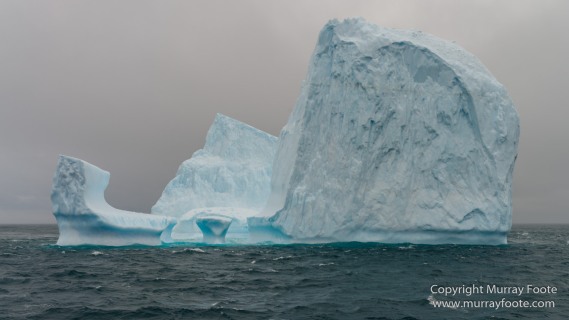 A view from round the corner.  The frieze is now facing out to the left.

So is it the Acropolis or perhaps the Parthenon or maybe the British Museum where Elgin lost his marbles?

A section from the massive side.  The penguins have only just started carving out a frieze here.

The sea breaking against the iceberg and the background is clearing a bit.  You can see the smooth band at the bottom of the visible part of the iceberg where it rides up and down against the sea.

A convoy of icebergs including the Sphinx in the middle and the Acropolis at the right.

A last glimpse of the Acropolis.

6 comments on “The Acropolis Iceberg”