I got up early this morning and the gibbons went across overhead again but the light wasn’t nearly as good as the previous day. 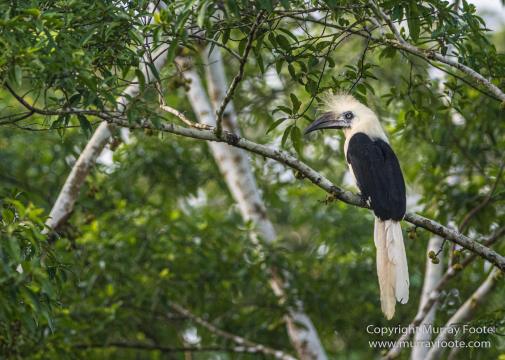 After breakfast we went for a drive and then for a walk to the mud volcano.  This and the next few images were on the way there.

These bees make their honey combs on places like the underneath of branches to make it hard for the sun bears to access them.  That texture you see is the comb covered in bees. 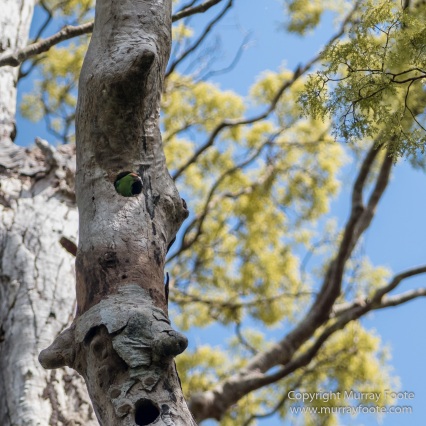 As we passed another tree there was the head of a parrot appearing from a nesting hole on the trunk.

Some of our party walking along towards the mud volcano. 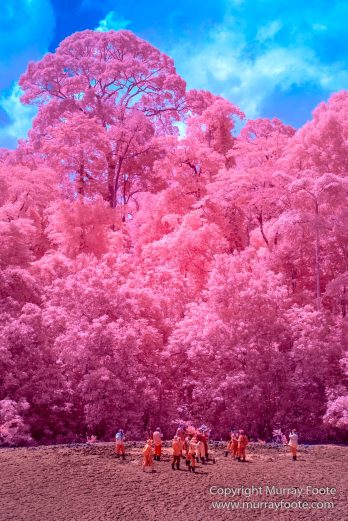 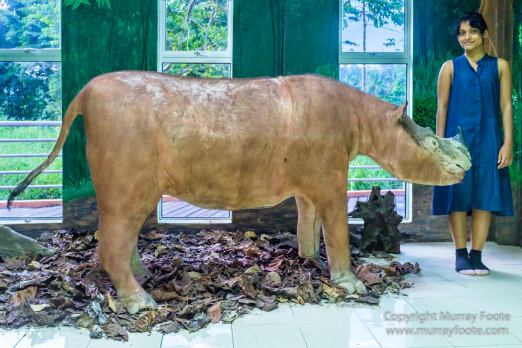 This is the third-last Bornean Rhino in Sabah, which had died a couple of years before and was stuffed.  This is an adult rhino and Teetash kindly volunteered to stand beside it so you can see how small it is.  The Bornean Rhino is a subspecies of the Sumatran Rhino.  There are less than 100 Sumatran Rhinos and likely no more than 15 Bornean Rhinos.  The numbers are so small due to habitat loss.  We were due to see the last male Bornean rhino in Sabah but he took ill a few days before we arrived and died shortly after we left.  There is one female left in Sabah but she is not in good health.

There are three species of rhinoceros, the African, the Asian and the Sumatran.  The Sumatran is more closely related to the extinct Woolly Rhinoceros of Europe (as shown in cave paintings) than the African or Asian rhinos.  A distant and extinct rhino, Elasmotherium sibiricum, with a two-metre horn, is the likely source of the unicorn legend.

This is a painting by an Asian elephant.  Borneo pygmy elephants are a subspecies that has been separated for 3,000 years.  They may have been in Borneo for that long but it is likely they are actually surviving Javan elephants (otherwise extinct), given to the Sultan of Sulu (NE Sabah/ SE Philippines) around 1395.  Compared to Asian elephants, they are smaller with relatively larger ears, longer tails and straighter tusks.  They are threatened by habitat loss.  There are 1,000 to 4,000 in Borneo, including some in Tabin but we did not see any.  However, we did hear them in Sepilok.  They have a group there but do not want human interaction as they are intending to return them to the wild. 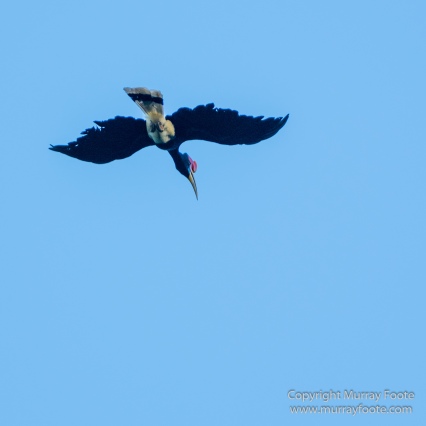 Not to be confused with Bornean rhinoceros which does not have a bill and are not known for their flying.

We are now in the late afternoon to evening, taking photographs again from the back of a truck.

A piece of grass in focus and the disappearing tip of the tail of a leopard cat, somewhat out of focus.

The previous night, I had a leopard cat in focus and lined up.  Unfortunately I hesitated to adjust exposure and it was gone.  Gaaah!  So I was determined to find another one if I could.  There it was this night, on the other side of the truck, but by the time I found it through my long telephoto lens, it was on its way and this was all I got.

Leopard cats are similar in size to domestic cats but more slender with longer legs.  They are widespread in India, China, Japan and South East Asia and not under threat.  The ones in Sabah are of the Sunda subspecies.  The ones we saw were leaving the forest at night for the palm oil plantations, probably to hunt for rats. 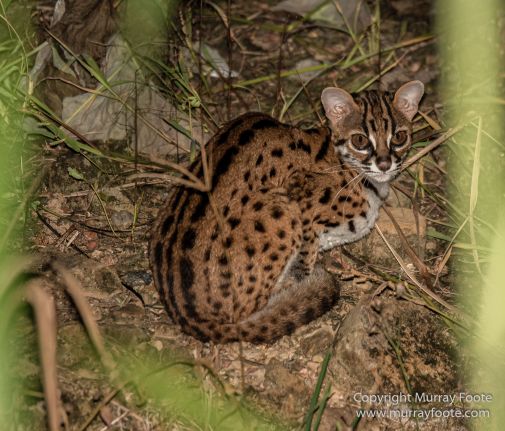 However, Clive Moon, who was sitting beside me, did get a photograph of the leopard cat and he has very kindly allowed me to show it on this blog. 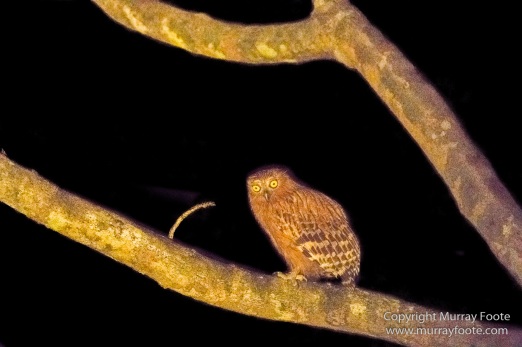 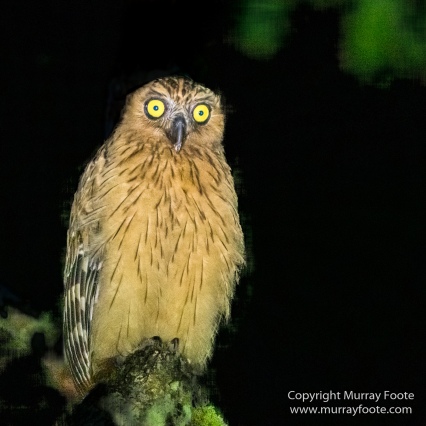 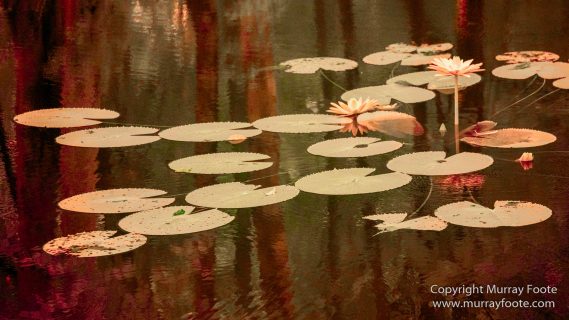 On the last morning, I also went looking for gibbons but they were later than the previous two days and I did not wait around long enough so I missed them and took these photographs of lilies instead. 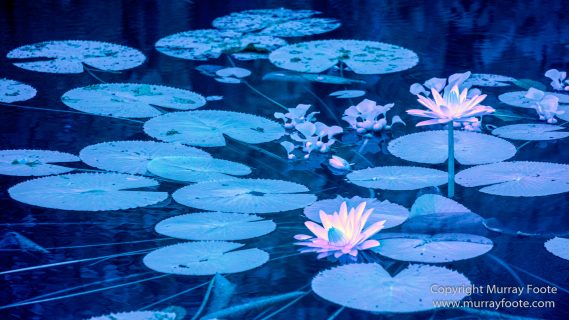 All of these photographs are completely normal images with normal colour, as certified by the Andaman Islander Institute of Normalcy (AIIN).  Well, OK, maybe not all.  That’s except for the four infrared images.  You may be able to work out which they are.

Just a note of trivia.  There are now 25,000 images that you can access through this Blog.  There are 14,555 in the blog itself and another 10,458 live music images from 1,001 performances that you can access through links on the All Performances page.   The Honey comb of the Giant Honey Bee was image number 25,000.  If I printed each of these images at A4 and laid them end to end, they would stretch nearly 7.5 kilometres.

This is also the last post from Sabah, except for some images from the plane and some monochromes. 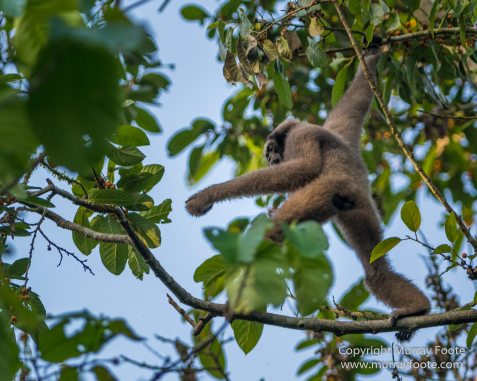 We were up very early in the morning and were able to observe a troupe of gibbons making their way past us, high in the trees, from tree to tree.  These are Müeller’s gibbons, or North Borneo gibbons.  Gibbons diverged from great apes around 17 million years ago and they live exclusively on fruit so do not need to descend from trees.  They move by brachiation, swinging from branch to branch, for distances of up to 15 meters per swing, and can move at remarkable speeds, up to 55 km/hr. 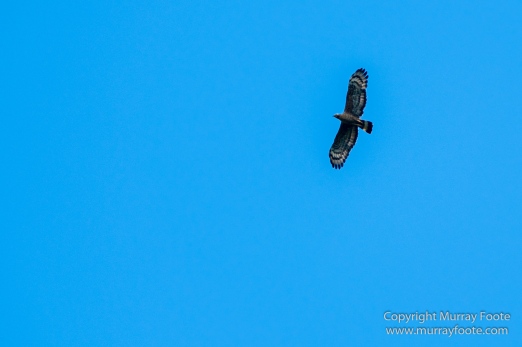 After breakfast we went for a ride in a truck and then a walk in the rainforest.

It is not apparent here, but this fellow has flaps under its body that allows it to glide from tree to tree. 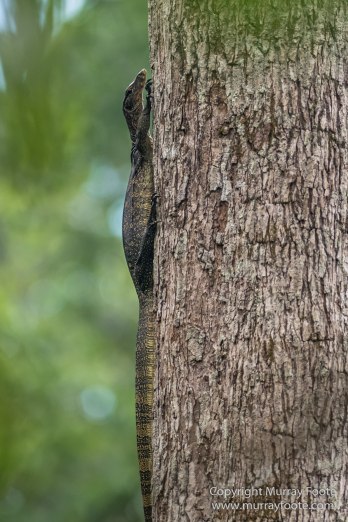 In the late afternoon we went for another ride in the truck, photographing with a long lens from the open tray. 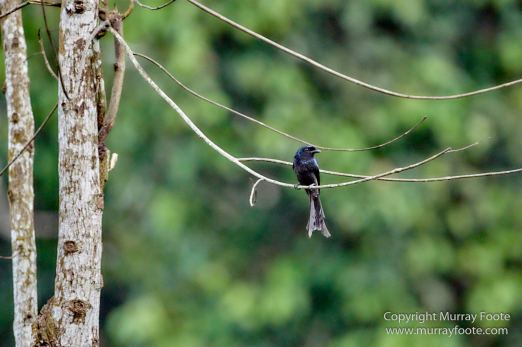 It was after dark when we came upon another group who had seen a clouded leopard.  It had caught a civet and had settled down up a tree, behind the foliage. It wasn’t visible but we knew it was there so we waited. After about half an hour we caught a glimpse of a tail, which you may be able to see in the image above.

After nearly an hour, the clouded leopard moved and we were able to see it through the foliage.

I didn’t see the clouded leopard’s head but Damien Esquerré did and has kindly allowed me to show you this photograph.

Our guides said it was the first one they had seen for five years. 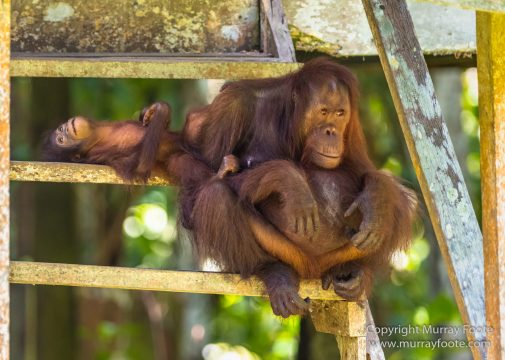 On this day we travelled to Tabin Wildlife Reserve.  On the way we stopped at the Caves of Goomontong, at a huge cave populated with bats and swiftlets.  Lighting was fiendishly difficult there and I have no images to show you but on the walk back from the cave we encountered a wild orangutan mother and baby.  It looks as though they might be in a zoo but they’re just sitting on the steps of an abandoned building.

Now we are in Tabin in the later morning and I think this millipede was on a rail outside our room.  The difference between centipedes and millipedes is not the number of legs, it’s that centipedes have one pair of legs per segment whereas millipedes have two. 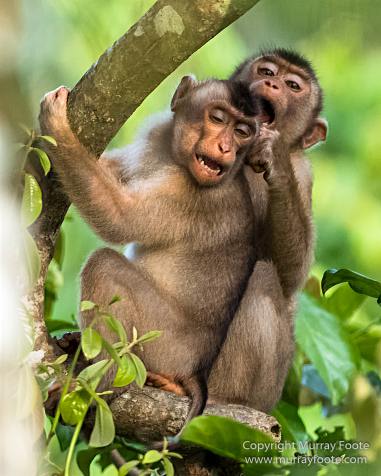 It is now the late afternoon.  We might have been sitting around to escape the midday heat or it might have been raining.  I can’t remember which. You expect to encounter rain each afternoon and perhaps in the evening in Sabah but we were lucky in this trip and that only happened in Tabin.

We were photographing these images from the back of a small open truck.

Monitor lizard and with something, maybe an insect, in his mouth.

Tabin Wildlife Reserve is a large island in a sea of palm oil plantations.  There is a lot of wildlife though most is secondary forest and it shows how much though not all of the wildlife will survive the largest trees being taken out, though the replacement of the forest for uses such as palm oil plantations is another matter.  There is also a much smaller island of primary forest, but that is not open to humans.

We are now on a nighttime walk. 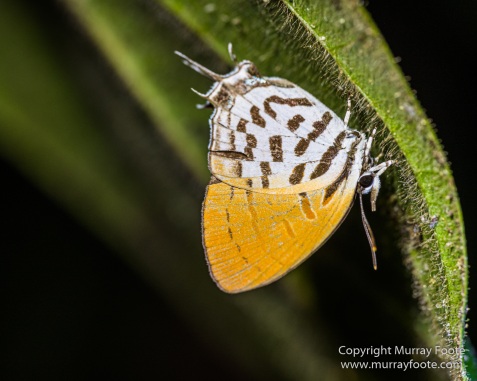