Click on any image to see it larger (if you’re on a PC at least).

While in lockdown we are still allowed out to visit open places in our immediate area.  Usually I’ve just been going for walks in the reserve out the back but I have also made some visits to Floriade.  This is an annual flower festival in Canberra.  Usually it is jam-packed with tourists and visitors from other Australian states but because of lockdown it was not publicised and no-one can come into Canberra from outside.  Usually I don’t attend because of the crowds and because other than in small very occasional doses I find it all a bit twee, but it does have some interesting potential for photographs.

I visited Floriade three times.  The first time I was interested in trying focus stacking, taking lots of images and assembling them later to get arrays of all the flowers with all of them in focus.

I found it didn’t work as well as I was expecting.  We don’t see detailed arrays in perfect focus like that and I found that the detail was overwhelming the composition.  This first image is cropped in considerably for that reason.

I was using a Fujifilm X-E4 (for which you can specify start and end focus points for photo stacked images) and an 80mm f2.8 macro (and processing in Zerene Stacker) though as it turned out, most of the images didn’t really need a macro lens.

In the original version of this image, there were too many flowers in focus for the eye to know where to rest.  I had to crop the image in considerably and also reprocess it so that fewer flowers were in focus.

This isn’t cropped in, it is as composed but the wind was blowing around so that the flowers were moving with respect to each other.  The camera took around 150 images but there was no way I could use all those.  So I selected 12 and combined those for essential detail, leaving the background out of focus.

This image didn’t require cropping and isn’t really part of Floriade.  These are flowers on reeds growing on a small swampy island and I got down low to take them against the light.

This image is also not cropped, and works OK as a focus stack, with varying layers of white, green, red and purple.

Most of the images from this series I ended up discarding though.

The second time I visited I had a very different approach.  I used a long telephoto with a very fast lens to get a flower or part of a flower in detail, with most everything else completely out of focus.

(A fast lens is one that opens very wide at maximum aperture and lets in lots of light with a small depth of field. To be precise, I used a Nikon D850 and 300mm f2.8 lens with a 1.4x teleconverter, all taking at maximum aperture of f4.  The Fuji equivalent would be a 200mm f2 + 1.4x TC, but I do not have that lens.)

Using a long lens with a shallow depth of field like this brings out subject isolation and for the most part worked much better than trying to get everything in focus.

There were also some ducklings in the park.

The third time I visited I had in mind a variation of the approach.  I still used the same long telephoto and this time I focus stacked, but only a small number of images.  The images could be dramatic with a single shot but only part of a flower might be in focus.  I wanted to see how it would work with a bit more depth of field to get the whole flower in focus. (Starting with the image above)

This worked well but there was too much wind on this day (it doesn’t take much when focus stacking) so I had to be patient and wait for lulls.. 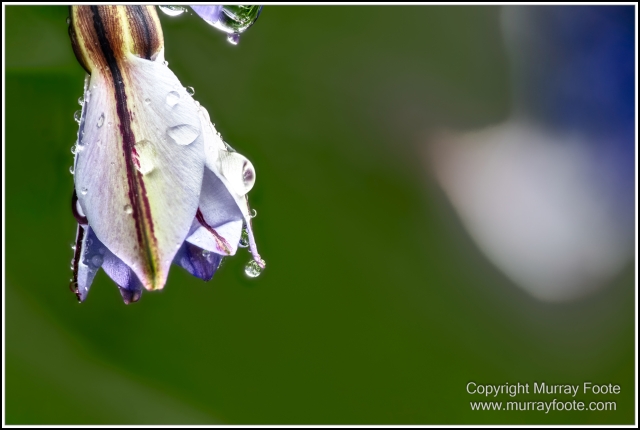 I live backing onto a nature reserve.  The first five images are on the path at the back of the houses, no more than fifty yards or so from the back gate.

I decided to get some practice going out and shooting in heavy rain.  Some places you travel to you may well encounter it and not want to waste too much time sitting around.  I found it has interesting potential.

Almost all the rest are further out in the bush, no longer in heavy rain, and within about twenty minutes’ walk if I’m not stopping to take photographs.

There’s no real need to describe most of these images (though feel free to ask questions).  I’ll add notes on how I took them at the end. 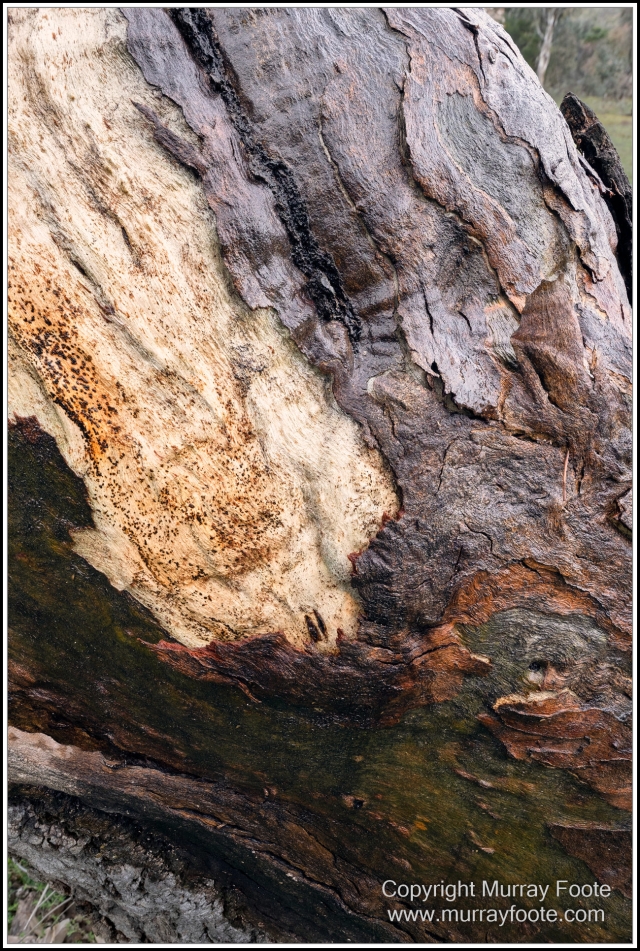 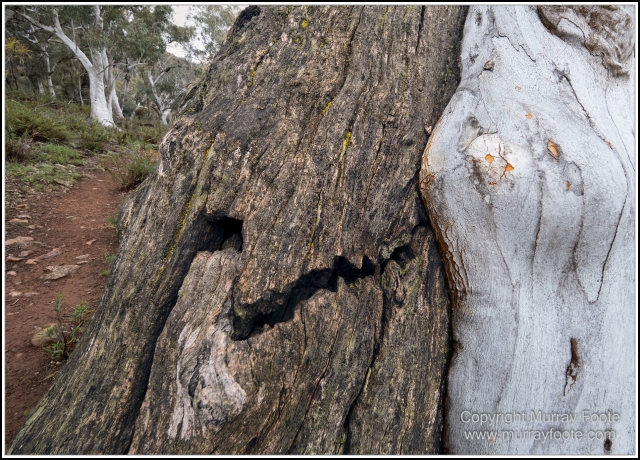 As you may have noticed at the top, they were taken over a period of about a month. 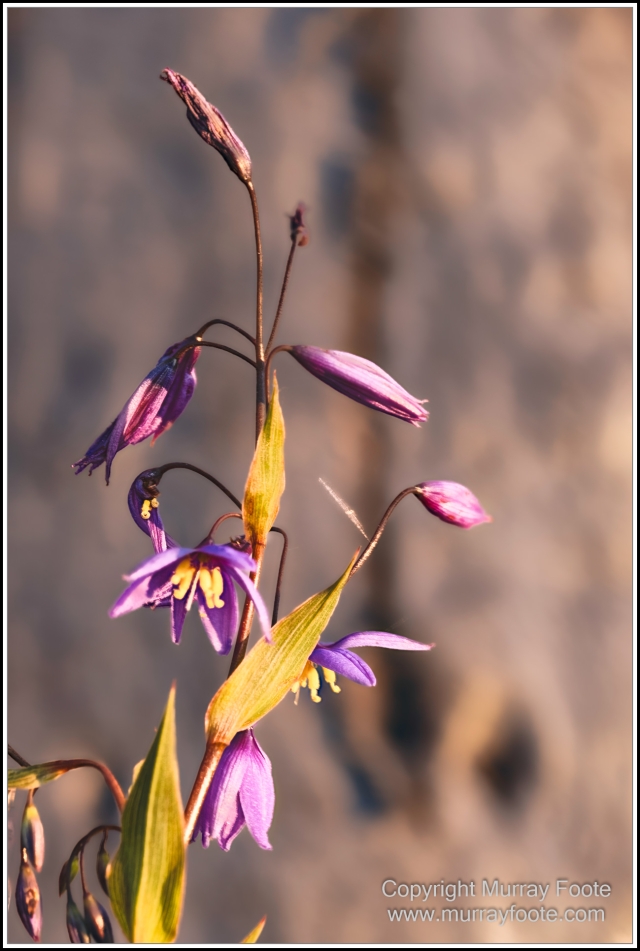 These two were at a different location, at the Jerrabombera Wetlands. 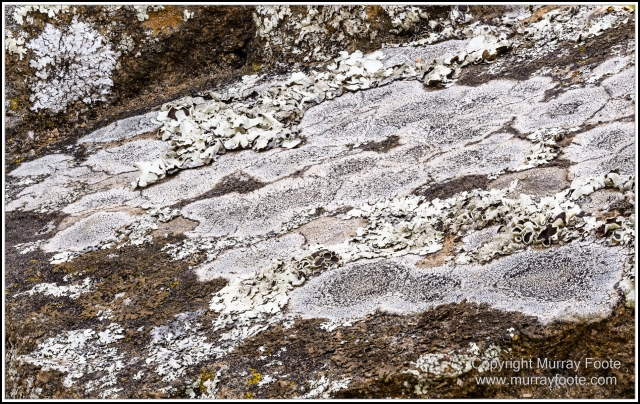 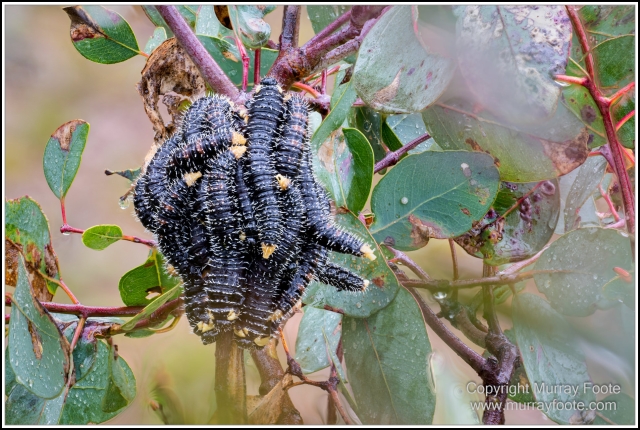 These are on a young eucalypt just outside the back gate.  They look like caterpillars but they are actually spitfire bugs or sawfly larvae and are harmless to people and animals.  Sawflies are a kind of stingless wasp.  They are closest to the ancestral form of all hymenopterans (ants, wasps, bees and sawflies) and survive as fossils from the Jurassic.

On the back path by the fence again. 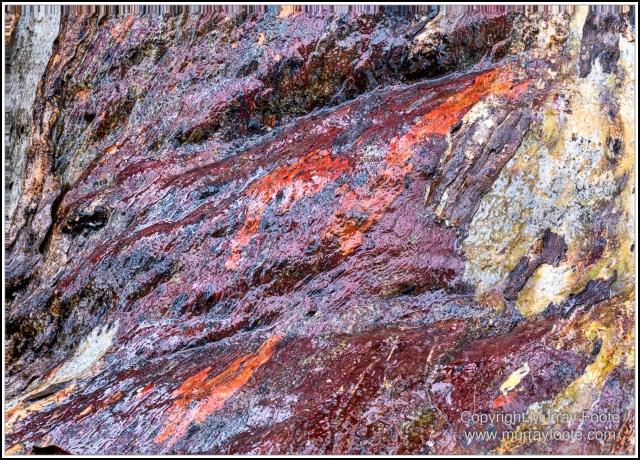 Back in the bush.

Though I didn’t encounter the heavy rain again, many of these images are taken during or after lighter rain, which brings out colours and changes the feeling. 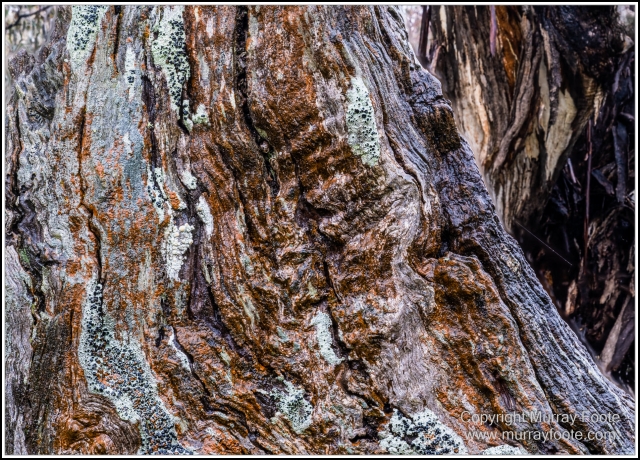 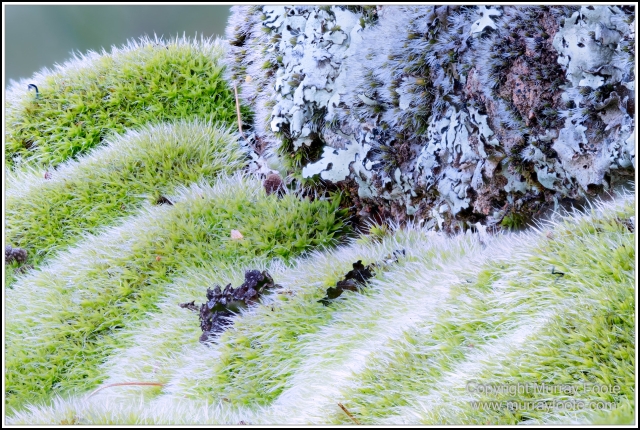 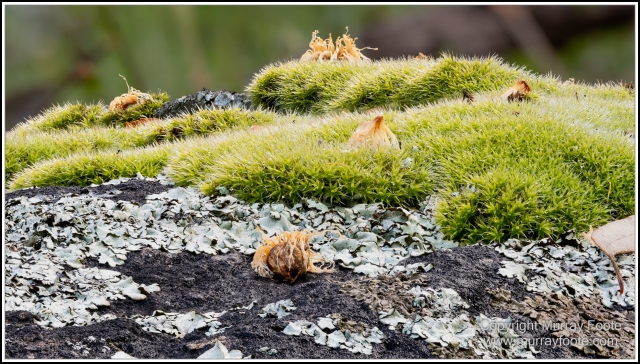 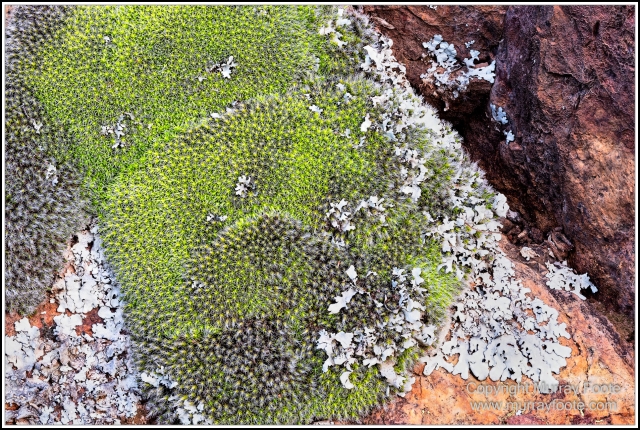 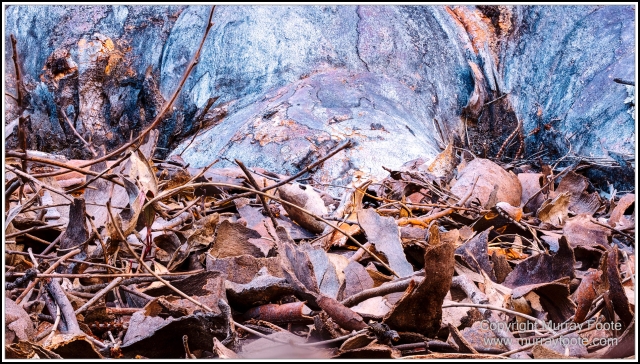 There are thirty-seven images here and only five were taken as a single image (marked with an “s” below them).  The rest were focus stacked.  Macro images have a very small depth of field, but to increase that you can take images at slightly different points of focus.  Then you need to combine them later in post-production using Photoshop or a dedicated program such as Zerene Stacker or Helicon Focus.  That’s focus stacking.

Focus stacking doesn’t require a macro lens or subject.  With a wide angle lens in a landscape you may not need many exposures.  At the extreme, using a 4mm circular fisheye lens, it required just two exposures to be in focus from around three inches to infinity (that’s the Pimilea Physodes image in this earlier post).  Conversely, macro depth of field is very small and I took as many as 600 exposures for some images in this post.

Anyone can focus stack, provided you have appropriate software to combine the images.  It’s good to stop down to f11 or so (to reduce the number of exposures) and useful to use manual focus, preferably with focus peak highlighting if you have it.

At the most basic level, you have the camera on a tripod, take separate exposures and carefully adjust the focus for each shot.  Alternatively, you can set the shutter going on fast burst and slowly move the focus through your desired range.  In both cases you need to be careful not to leave focus holes where you moved the focus too much between exposures.

With the D850, when you finish a burst, the focus stays on the last exposure so if you haven’t specified enough frames, you just set it going again for the rest.  With the X-T2, it goes back to initial focus so if you didn’t specify enough frames, you need to increase the number and start again.  But it does make it easier to make a panorama in the same focus range.  Three of the images above were also panoramas, combining two or three focus stacks.

The X-E4 can operate like the X-T2 but it also has an Auto option where you can specify the start and end points, so you don’t end up shooting lots of autofocus frames.

In all cases, it is better to start a little before what you see as the initial focus point because you can easily miss what that really is.  When taking macro focus stacks, you need to carefully look through at different points of focus before taking the shot and even then it is easy to miss debris and extraneous elements that can disturb your composition.

It’s not necessary to use a tripod, though it definitely helps.  The second acacia image, that I have marked with a “t” was hand held (with a long telephoto lens).  There was some wind too and I was impressed how well Zerene Stacker dealt with that.  It did have a clean background against the tree though.  It would not have worked had there been other plants also blowing around further back.  The previous three images (from the previous day) may also have been hand-held.

This post is the second of a short series of images from Lockdown in Canberra.  The previous one is here, two posts back.  The next one is (insert link when available).  They are interspersed with Uzbek monochrome posts.