You are looking at the Poi-Kalyan Ensemble.  Kalan Mosque is on the right, Kalan Minaret in the centre, Amir-Allimkhan Madrasah behind the minaret to the left, and a wall of the Miri-Arab Madrasah at far left.

Only a generation ago this was the site of a cotton bazaar, including huge piles of cotton atop swaying camels.

The Kok Gumbaz (or Blue Dome) of the Kalan Mosque. 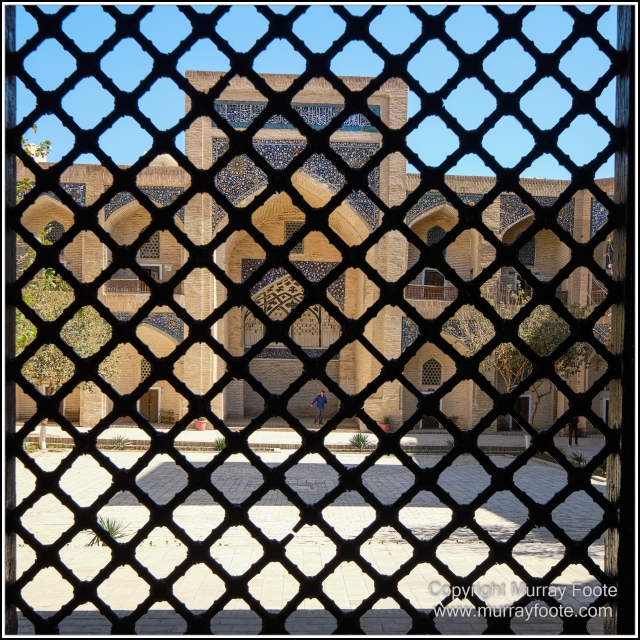 Looking through at the main entrance-way to the interior of the Amir-Allimkhan Madrasah, with a lone student framed by the lattice-work.

The madrasah was built in 1535 and remains the foremost centre of religious education in Bukhara.  It still operates as a madrasah, with around 180 students and is consequently closed to tourists. 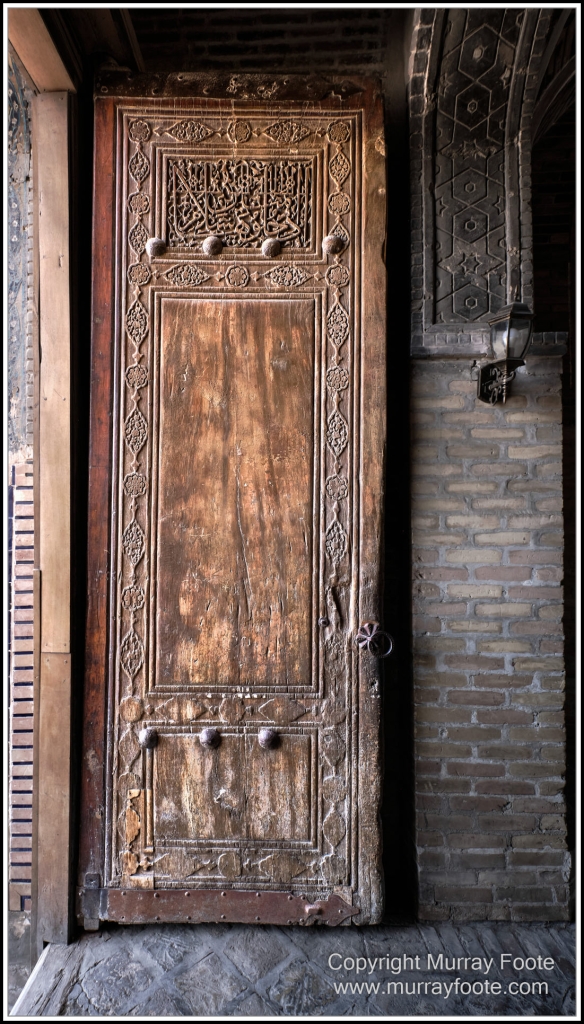 Going into the Kalan Mosque.

Under one of the 288 domes of the mosque.

Earthquakes are not unknown in Uzbekistan. 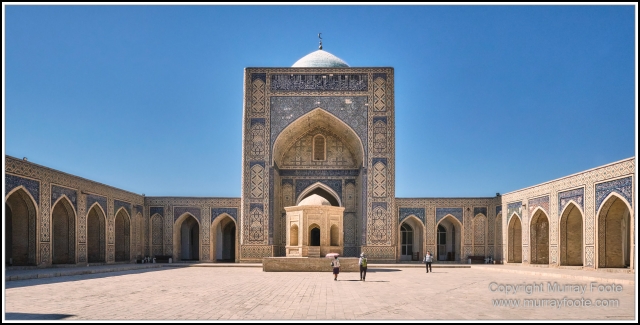 In the great rectangle of the mosque, looking west.

The Kalan Mosque is one of the oldest in Central Asia and also the second largest.  It was intended to house the whole population of the city and the rectangle can hold 10,000 to 12,000 people.  The original was built in 795, collapsed twice in the early tenth century, burned to the ground in 1068 and was destroyed by the Mongols under Genghis Khan in 1219.  The current mosque was finished in 1541.

The recess in the huge rectangular structure is the mihrab and that structure is the qibla wall so together they indicate the quibla, or the direction to face in order to pray towards Mecca.

The small octagonal structure dates from the nineteenth century and is probably where a second Imam would echo the words of the first.  Alternatively, it may be the site of an ancient well or a shelter for the Emir on his weekly visit. 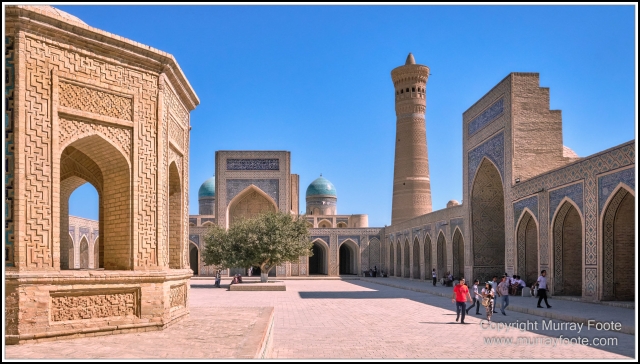 Near the west end of the rectangle, still with a wide angle lens but not as wide an angle as the previous image.

Looking up at the main portal of the west end of the mosque rectangle.

A couple of views looking back through that portal. 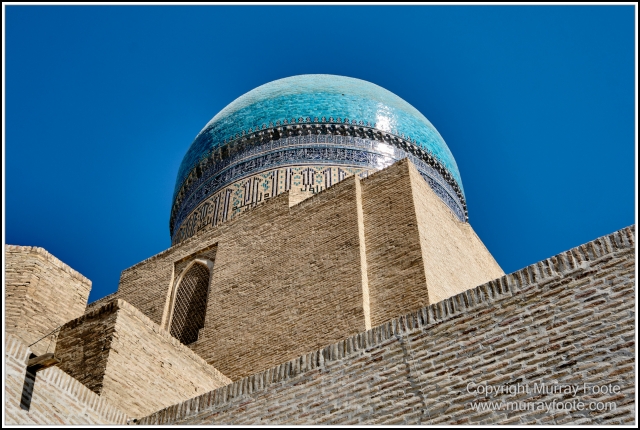 Looking up at the dome.  The writing around the dome reads “Immortality belongs to God”.

There’s always a need for washing….

Down a long corridor, probably on the south side. 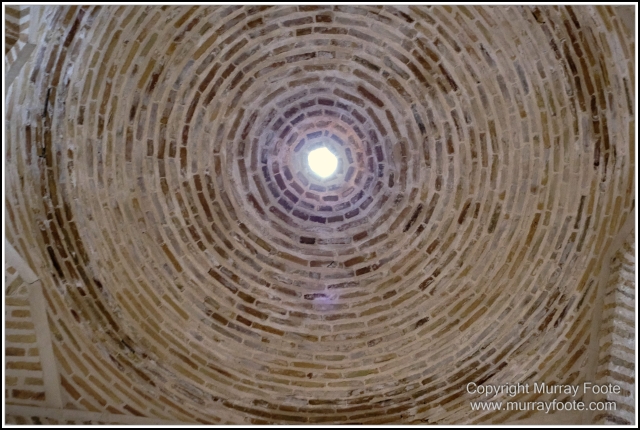 Walking back out to the portal behind the tree…. 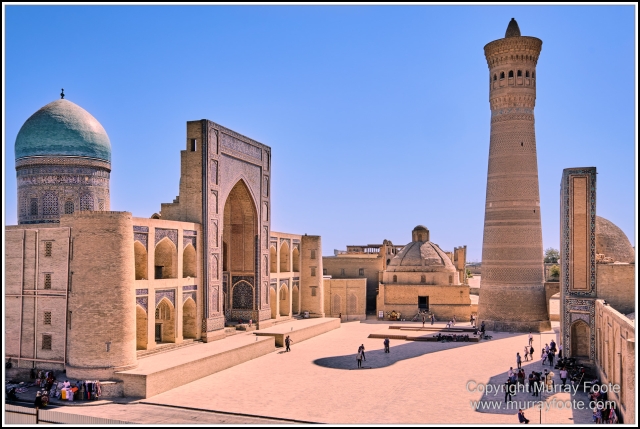 Back outside the mosque to the Poi-Kalyan Ensemble.  So the Amir-Allimkhan Madrasah is on the left, showing in this image only one of its two domes.

The minaret is 48 metres high (155 feet) and there has been a minaret here since 919.  The original one was destroyed in an earthquake in 1068 and a replacement collapsed a few years later.  This one dates from 1127 and Ghengis Khan was so impressed with it that he ordered it to be exempt from the razing of the city.

The small Miri-Arab Madrasah behind and to the left of the minaret was also a bath house.