Our next stop sailing down the coast of South Georgia was St Andrews Bay, where we would return some days later.  We all got up well before dawn and piled into the zodiacs for the landing but I was in one of the last zodiacs so arrived just for the last of the dawn colours.

The wildlife in this post is almost entirely king penguins and elephant seals.

And sometimes some humans.  The elephant seal pups can be very friendly.  They start off about 80 kilos but they are quite harmless because they don’t yet have teeth. 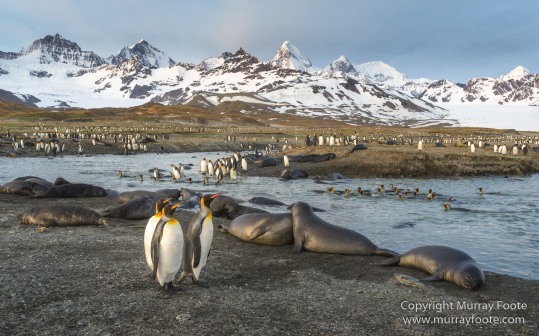 Three king penguins in front of a varied vista in the early morning.

The one in front probably knows where they’re going…. 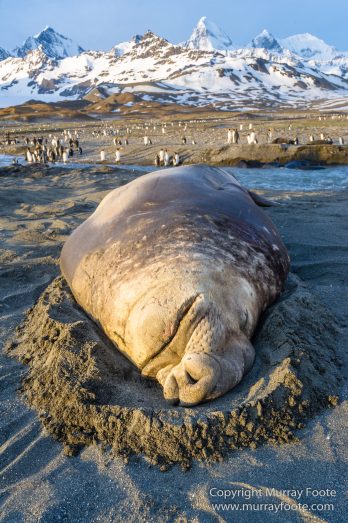 Nothing like a nice comfortable place to sleep in the early morning sun. 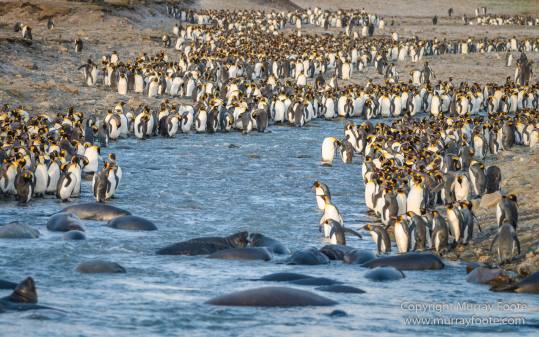 Threading past the elephant seals.

A couple of youngsters having fun.

This bull elephant seal wants to be taken a bit more seriously though.

Threading past the seals at the edge of the waves…. 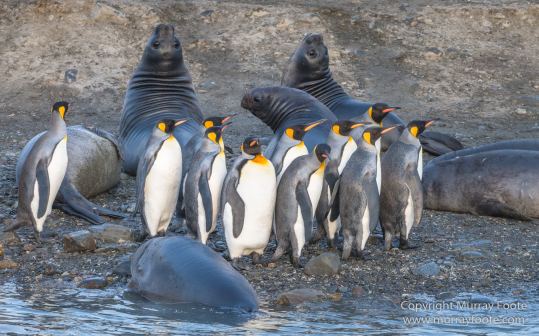 The upside-down face of the elephant seal at top left looks almost like the face of some strange Japanese toy (if you imagine it as being the right way around).

One group going in; another swimming past.

I’d walked for a long while along the beach and past a small river to get to a raised viewpoint for this view.  It gives you some understanding of the amazing profusion of wildlife there.  I probably would have preferred it without the photographer but I’m not going to try to get rid of him.  The bird coming towards us at the edge of the sea is probably a skua. Click the image if you want a larger view. 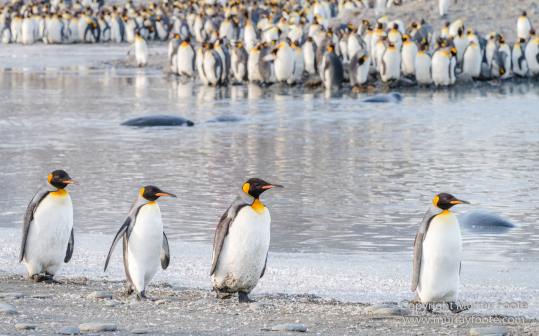 Promenading at the water’s edge.

There is a lot of noise going on in these colonies and a lot of calling.

Taken out of context, this image would become almost abstract.

Quite crowded in places.

That’s a snowy sheathbill in front.  Not the most attractive of birds if viewed close up but surviving here well enough.

I had left my camera bag on the beach while taking off with a few cameras and lenses.  I returned to find it was being guarded.  And he wasn’t too happy about giving up his nice comfortable pillow.