Day two of a surfing photography workshop with Michael Clark and Brian Bielmann.

The second morning of the workshop it was raining so there were presentations and processing images.  In the early afternoon we had a photographic session in the hotel pool, with DSLRs and underwater housings.  I don’t seem to be able to download those images from the web, though.

In the late afternoon the rain stopped so we went out again, this time to Pipeline.  In the first image we see a lone female far down the beach, contemplating the surf thundering in. 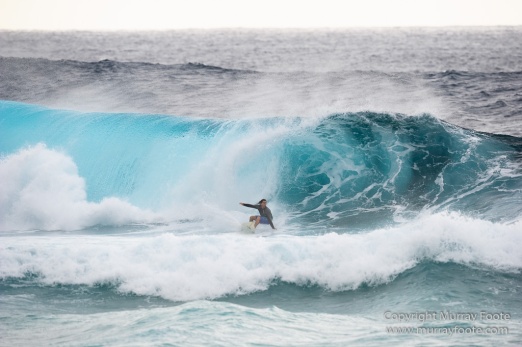 The surf is larger than the first day but still not huge by Pipeline standards. 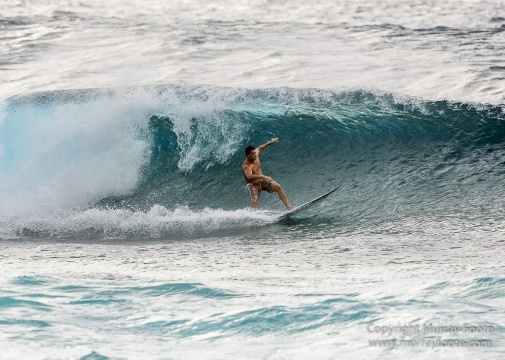 Pipeline (or Banzai Pipeline because it’s off Banzai Beach) is a famous surfing location on Oahu’s North Coast.  Pipeline is one of the most dangerous surfing venues in the world – “Over the years, Pipeline has tragically taken the lives of more spots than anywhere else combined” (surftransworld.net).  On average probably more than one person a year dies there yet there are always many vying for the waves. 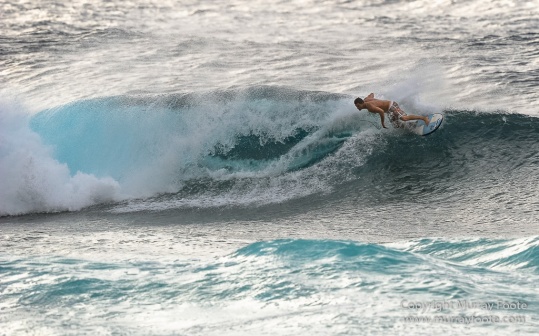 The big waves are not always the most dangerous, too, because the smaller waves break further in where it is shallower.  There may only be a metre or two from the bottom of the wave to the razor-sharp coral.

On this day and on the two subsequent days, there was a competition going on and many of these images are or surfers with recognisable names.  Hopefully Brian Bielmann will have time to get back to me and let me know who they are, otherwise I will post them and perhaps update the notations afterwards. 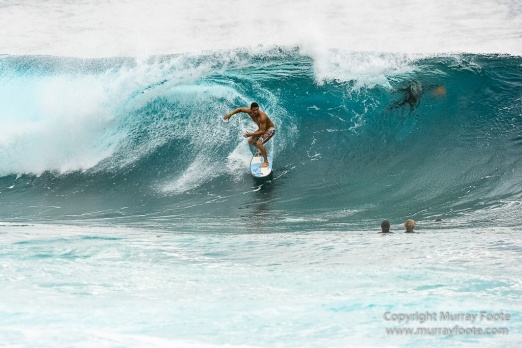 Inside the wave (i.e. under the water) here is a photographer as the yellow patch must be an underwater camera housing.  There is an interesting interplay between the heads in the water, probably two surfers paddling back out and the surfer coming through the wave looking at them.  I imagine it’s his responsibility to stay clear of them. 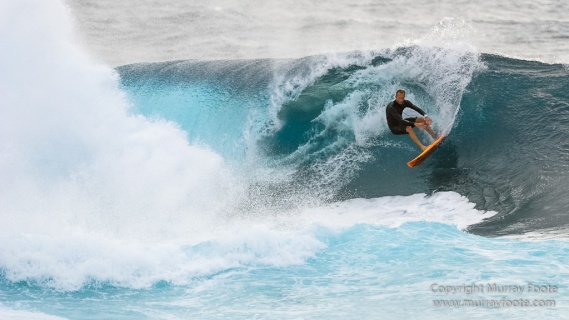 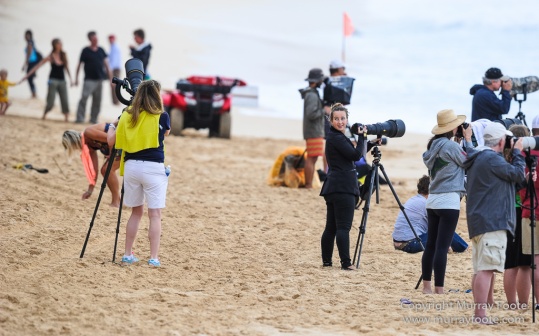 This gives a hint of some of the equipment we used to take photographs.  Robyn (facing camera) has a 400mm lens and is using an ordinary ball head on her tripod.  The woman on the left (Lisa?) and the man at far top right (not in our group) are using gimbal heads instead of a ball head.  This lets the lens balance on the tripod and allows for quicker changes of direction to follow the movements of the surfers.  The woman with that hat and a towel over the lens (Kim?) has a 600mm lens.  I had hired a 600mm lens and a Wimberly Gimbal Head and was using a Nikon D3s as my main camera. 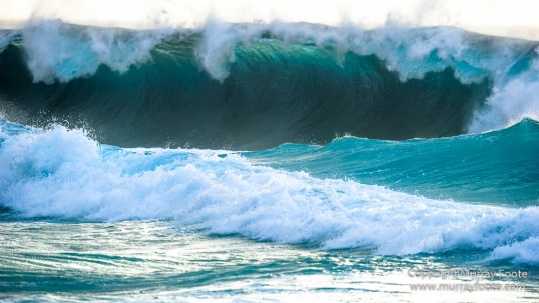 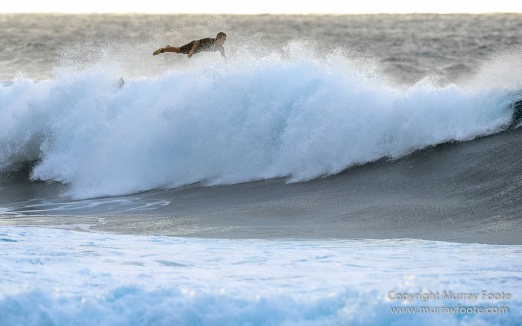 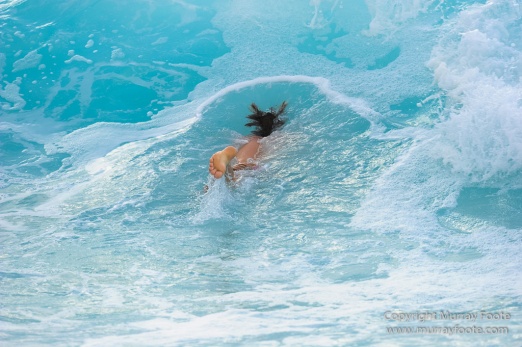 A surfer took off into the surf from directly in front of me and I followed him as he went in.  Here he is diving into the first wave. 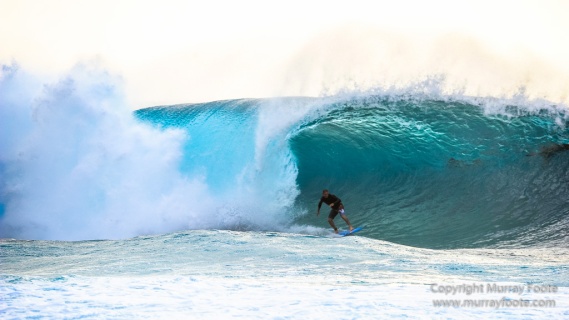 This is really a photograph of the wave rather than the surfer.  The surfer is not quite in focus but we need him to show us how large the wave is. 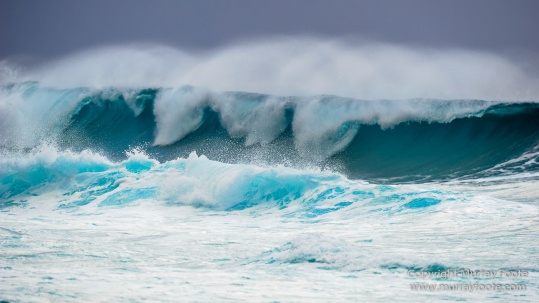 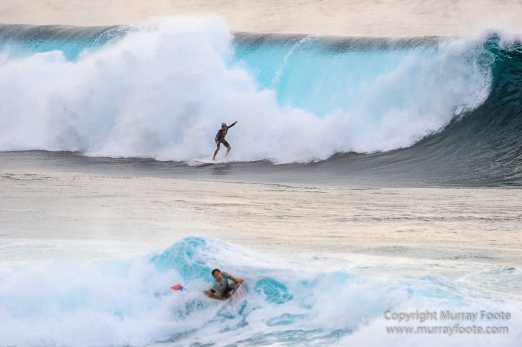 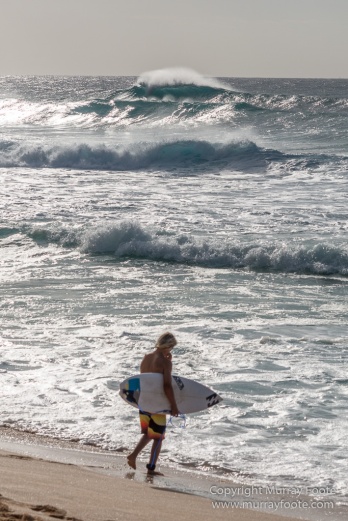