From Dun Troddan and Dun Telve, I returned to Skye using the Glenelg Ferry.

There has been a crossing here for a very long time because it is the closest point on the mainland to Skye.  After the 1715 Jacobite rebellion, the British Government was sufficiently concerned about the significance of this ferry crossing to build the nearby Bernera Barracks, pilfering stone from the brochs to do so. 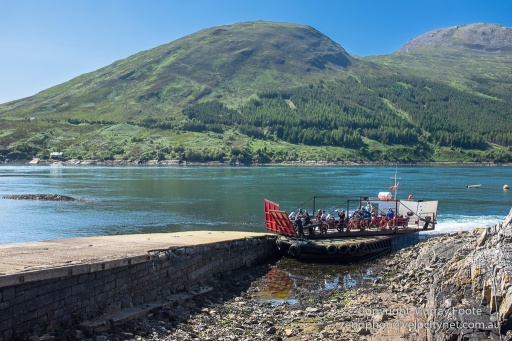 The Glenelg Ferry is the last turntable ferry in operation.  As you can see, when it gets alongside the wharf, the whole deck rotates to allow vehicle to embark or disembark.

Elgol with I think Rhum, Canna and Soay in the distance

Back on Skye, I took a small side road to the remote village of Elgol, which was a lot larger before the clearances.

Canna, I think, from Elgol

This is closing in on the same view as the previous image.

Here we are on the way back along the B8083 from Elgol.

This is at a point on the east coast of Skye as I was heading north.

After pausing for dinner, I headed off for Neist Point.  This image and the next are to each other on the way to Neist Point, perhaps at Loch Snizort Beag.

Looking south from near Neist Point

This is close to Neist Point, on the northern part of the west coast of Lewis. 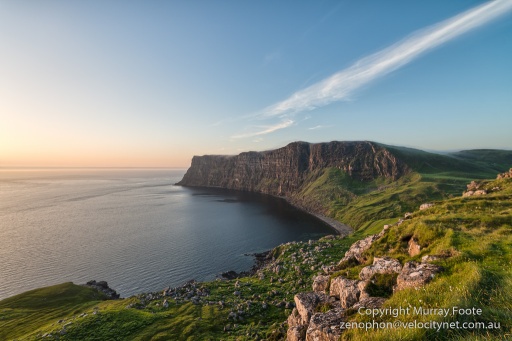 Neist Point is the westernmost point on Skye.  It is said to be a good place to observe dolphins, whales, porpoises and basking sharks.  The lighthouse is quite recent, designed by David Stevenson and first lit in 1909. 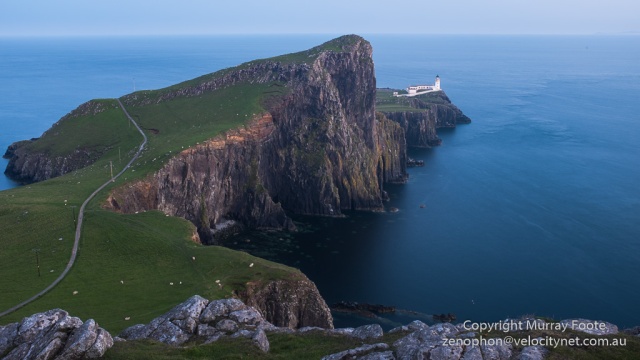 It is now after dark.  If you look closely, you ,may see that the light of the lighthouse is lit.

2 comments on “Glenelg to Elgol and Neist Point”