Today we undertook the long drive back from Hosteria Las Torres in Torres del Paine National Park to El Calafate via Puerto Natales. We always intended to go back via Puerto Natales and this became imperative as it was the only place to get diesel and we couldn’t make it back without going there. On the way to Puerto Natales we visited Cuevo del Milodon (Cave of the Milodon).

This is a massive rock outcrop on the road just before the cave.

This is the Cave of the Milodon. The milodon was a giant sloth that lived until 10,000 years ago and possibly more recently. They could stand on their hind legs and were 4 metres tall and very solidly built. The largest giant sloth (or megatherium) was 6 metres tall.

The first Spanish sailors to Tierra del Fuego reported that the natives were giants. The usual explanation for this is that the natives could be over 6 feet tall whereas the Spanish were more like 5 foot 4. It is perhaps just possible, though, that from the ship they saw a milodon upright on the shore.

I was navigating when we left Cave of the Milodon and I got us lost for a while partly because the map was wrong. Consequently the orange warning light was showing for the fuel by the time we got to Puerto Natales. We didn’t stay long at Puerto Natales, which seemed a picturesque little place though we did stop to take some images on the many fishing boats in various stages of repair or decay. 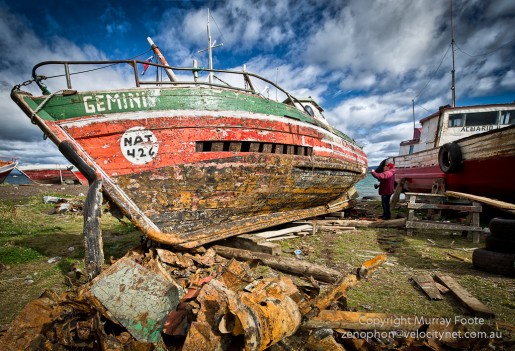 We were not permitted onto the docks to photograph currently active fishing vessels but there were many derelict or under repair in the surrounding shoreline which was probably much more interesting anyway. 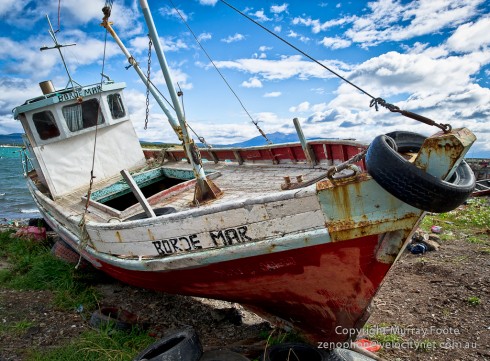 Perhaps this says “No to the Presidents” and may refer to a dispute a few months earlier when the Government of Chile announced it was removing or reducing subsidies on gas for heating (and strikers prevented tourists leaving the region). 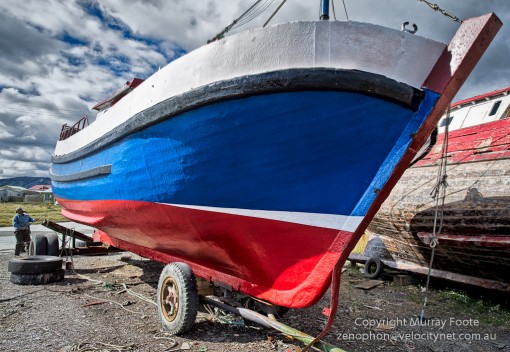 Not all of these vessels are derelict. 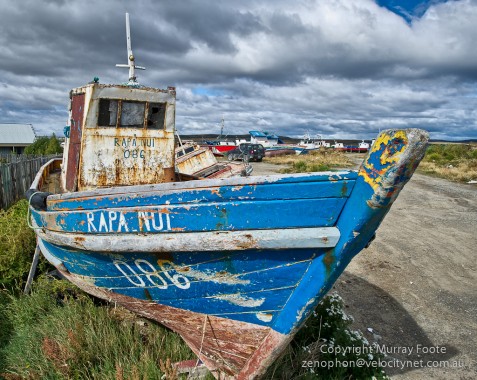 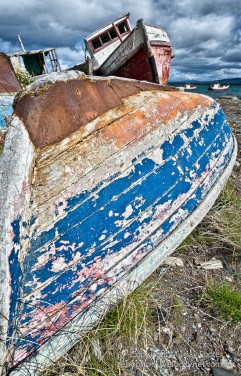 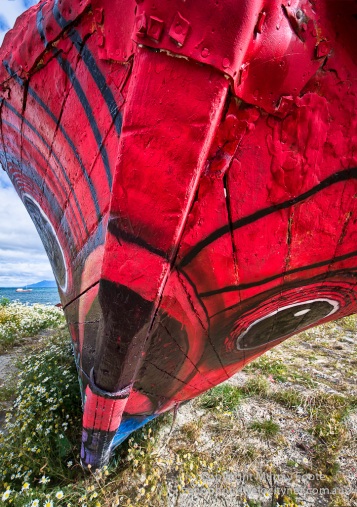 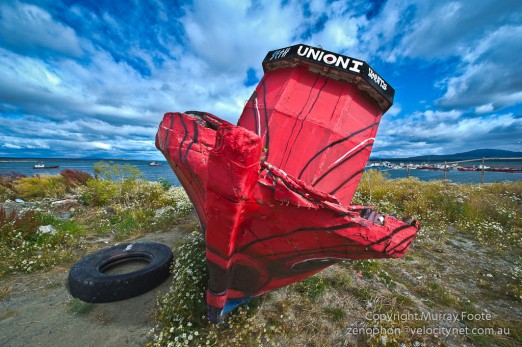 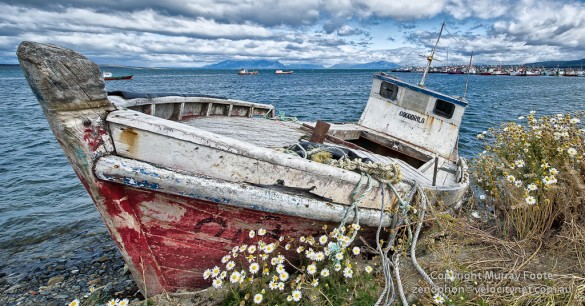 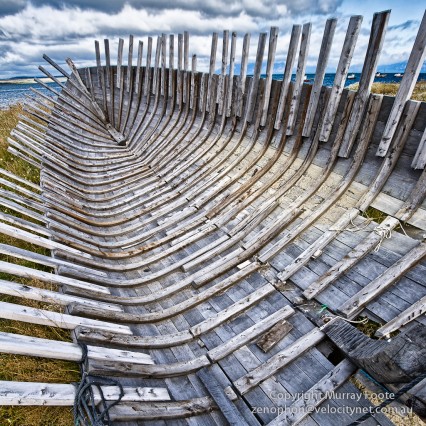 On the way back, just inside Argentina, we also got lost in Rio Turbio which is a thoroughly confusing town with no directional signposts but eventually we made it back to El Calafate for the flight the next morning.